Set in the center of Hungary capital, the ‘Budapest Park’ is Europe’s largest open-air entertainment centre.

Open all summer long, the Budapest Park – fitted with wide LED screens, light and sound systems – can welcome more than 10,000 people for each of the many events held on its stage, ranging from DJ sets to band concerts. Such as the show performed last 27 September by popular Hungarian indie band Margaret Island, in occasion of their 5th birthday.

Besides captivating an audience of thusands with their signature mix of folk and pop, Margaret Island live act enthrilled them displaying carefully crafted visuals and a creative lighting design made mainly with DTS’ KATANA LED bars.

The interview to Máté Lukácsovics

J: Máté Lukácsovics is Margaret Island’ lighting designer for three years. Please describe the creative idea of your design and why it fit so well with the band’s philosophy.

“This is my third year with Margaret Island; on our 5th birthday concert we wanted to create new visuals and new stage design for this show at Budapest Park.
I saw KATANAs at PLS Frankfurt at the DTS booth, and I was really impressed, because of the limitless creativity of these fixtures. With the band at the tour bus we saw these fixtures in some videos, and we decided to hire them for the show.

Margaret Island plays folk-pop music, so impressive lighting design and visuals are not the most important component of the show. Instead, we always like to create a special and different stage and lighting design with unique projectors; that‘s why we chose the KATANAs as our main fixtures.”

J: Budapest Park is a well organized location, how did you merge your required fixtures with the existing ones?

“Doing a show at Budapest Park is not so simple. There is a nice local rig there, provided by the venue, but if you want to create a distinctive rig, you need to choose fixtures like KATANA to complete it with them. We had some other fixtures in our setup, but he work horses of the show were absolutely the KATANAs.
We placed 18 units in two lines, below and above the LED screen in background. It is a pretty basic layout, but it gave me more creativity behind the console. With this layout we could run some great pixel mapping effects, as well as create great blinding effects with the wide zoom range.”

J: How did you use the KATANAs?

“I controlled every fixtures from GrandMA2; we are touring with this console and the new MA3, it makes limitless possibilities for me during the shows.
I love ordinary fixtures but I also like to use projectors with a great character. You can have a light rig with just expensive or popular fixtures, but I do believe that it’s more important to create something unique and different: that is the main reason why I chose the KATANAs.
I programmed the show at home in my Wysiwyg studio, and the colors were really much the same on stage as I saw them on my screen.
I really like the color mixing of the KATANA; we use a lot of pastel colors and color effects; I created some gradient looks, very spectacular.
The wide zoom range and the brightness are really amazing. With its excellent narrow zoom, the beam looks like a curtain made from light. The wide zoom option gives me really much power to use blinding and silhouette effects. And with its really fast tilt movement I created some swift wave and fly out effects.”

J: Do you already have some future projects on going?

“This was the first time we used the KATANAs; the band and the management are really impressed because of the creativity of these fixtures. The band and I love esthetic, clean but specific looks, and the KATANAs give me the opportunity to produce them.
Next year we are planning a tour with the KATANAs and we are really excited about the upcoming shows with these amazing fixtures.”

We thank Máté Lukácsovics, LD of Margaret Island, for the interview he kindly gave us. 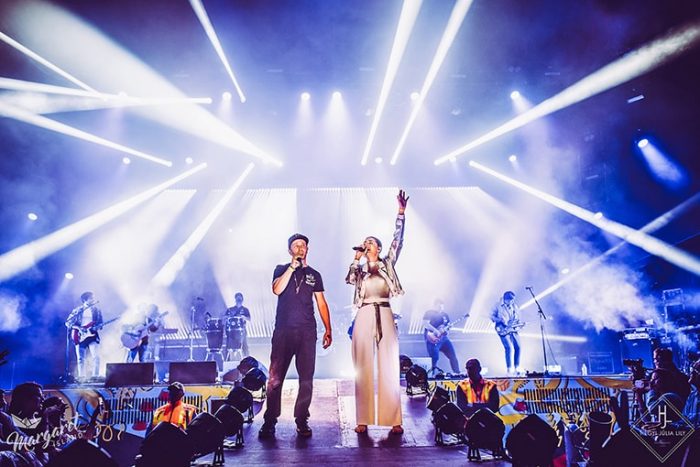 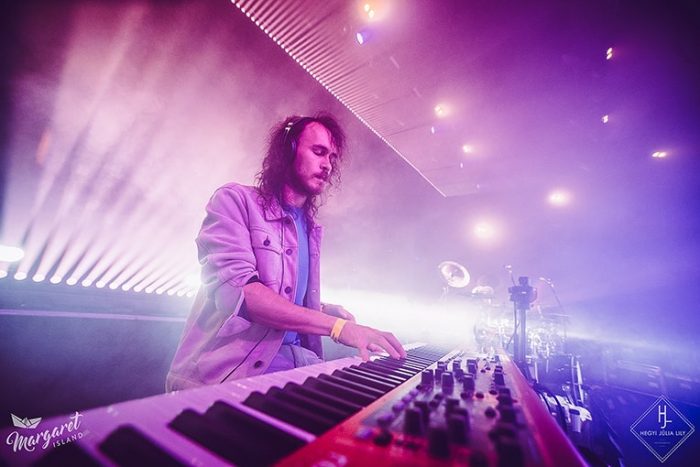 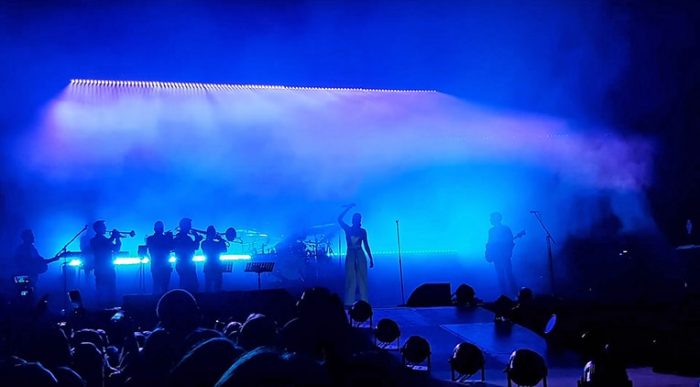 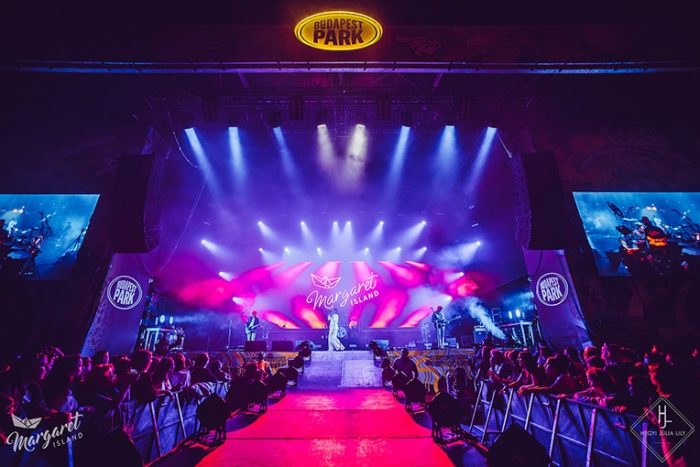