Located in eastern Samogiza, Lithuania, the village of Tytuvėnai hosts one of the country’s most famous sacred locations.

The Tytuvėnai  Church of Our Lady of the Angels and Bernardine monastery are one of the few examples of XVII and XVIII century architecture in the country. Particularly, the chuch’s interior reflects a harmonious combination of mannerist, gothic, and baroque art. While baroque is pretty common in southern European architecture, it is unlikely to be found in baltic countries, making the church’s interior incredibly peculiar.

The chapel was commissioned by Andrius Valavicius, an important political and religious figure in the history of the Great Duchy of Lithuania. To commemorate Valavicius’s 450th birth anniversary, the planning committee of the cultural center of Tytuvėnai planned an artistic lighting performance that would make the church’s architecture stand out, especially the central nave and tripartite apsis.

This particular project required the designer to emphasize the church’s architectural structure and details. Arvydas had already worked with DTS in the past and used the lighting equipment for many successful projects: he says he finds it incredibly versatile and quickly adaptable to different sceneries. He decided to use DTS’s entertainment line once more to develop this ambitious project.

The exterior required a powerful light that would perform well against the tall facade of the building. The projector that suits best this kind of task is DTS’s Brick IP65 LED wash light. In addition to that, Arvydas used a number of Synergy 5 Profile moving heads whose 16,500 lumen output would help enhance the light.

For the interior, he used 14 wash moving head Nick NRG 1401 and 8 Synergy 5 Profile. These two projectors are very well-known for the great variety of shades their LED sources allow, making it possible to develop a moving lighting plot that relied on color contrast, and made the already beautiful architecture stand out even more.

The project was deemed very moving and impactful, both from a technical standpoint and especially from the local population, very devoted to the place of worship. 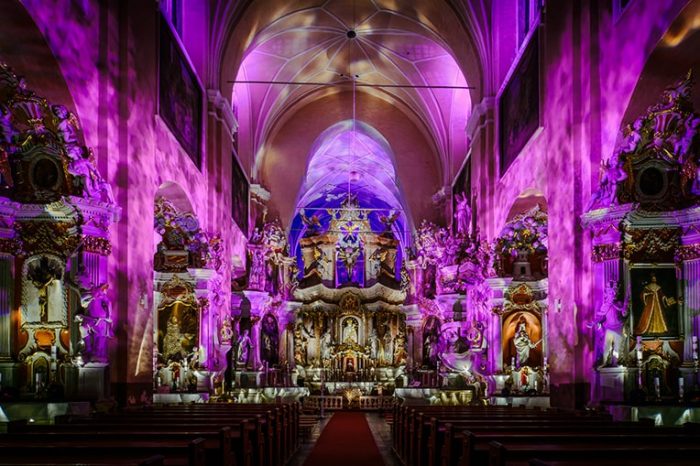 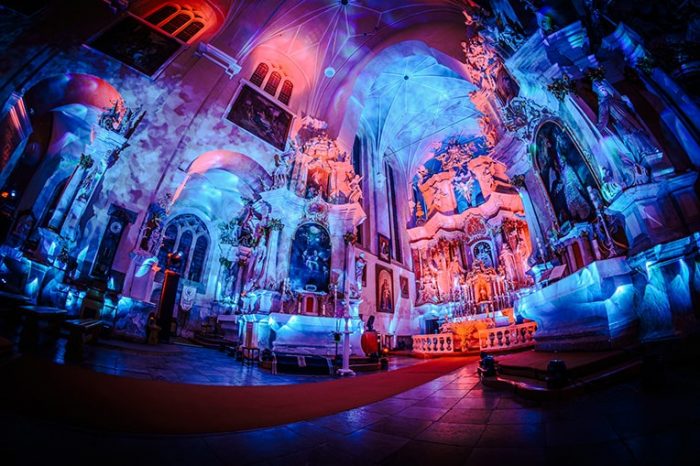 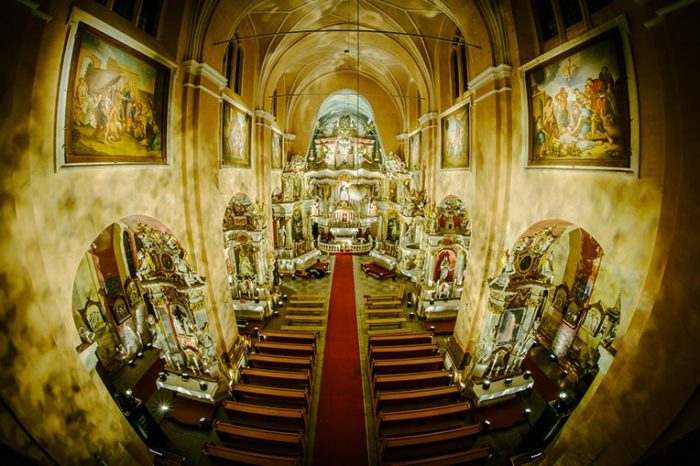 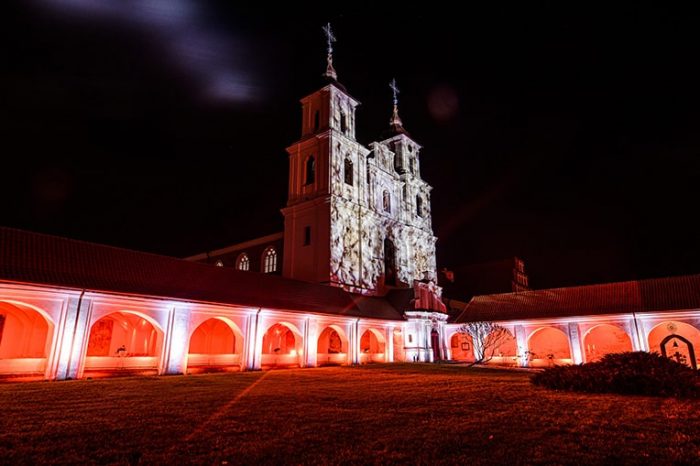