It was a one-of-a-kind concert, lit by over 300 DTS projectors, at the very centre of the extraordinary light show created by Claudio Tappi.
The super band of 1,500 musicians from all over the world has conquered the public with his passion and with an outstanding songs lineup, 18 among the most iconic tunes of rock history – I challenge anyone not to know ‘Sympathy for the devil’ or ‘Smells like teen spirit’ or ‘Don’t look back in anger’.

Proud to have contributed with our projectors to the success of the biggest rock concert in the world.
Technical setup: AMG International; a special thanks to Francesco Penolazzi – project supervisor and audio manager of the event.

“The basic idea behind the choices started with the classic rock concert; to have depth, to have the opportunity to play with the backlight to make the stage as dynamic as possible, which was quite unusual in size.

The central element of the setup, the large matrix of 72 EVO moving heads and 61 KATANA LED bars installed on the opposite side of the stadium, facing the public, was an integral part of the lighting design. Not having the opportunity to mount structures – for the historical protection and the consequent architectural limitations of the stadium – I had to make the most of existing ones, thus using the stadium grandstands as the natural support of the backlighting.

The KATANA is an LED bar with an excellent performance: even from one side of the stadium to the other it was still possible to perfectly see its lighting effects. I used the KATANAs even at the base of the stands where the audience sat, as blinders – to highlight the crucial moments of the concert.

I placed 48 RAPTORs behind and at the sides of the musicians, always as backlights.
Another 12 EVOs were located in the corners and in the middle of the pitch to delimit it and to draw a colored outline.

44 NICK NRG 1201 units installed on 3 m high masts had the task of lighting a series of balloons (used both as scenographic subjects and to softly light the entire field) and, alternatively, to color the musicians. 28 NRG 1201 units were arranged on the edge of the walkway and around the conductor’s stage, 8 more units were hung on the two side towers to light the conductor’s stage.

I would like to thank my assistant Manuel Gamberini for his invaluable work and the AMG team. A big ‘thank you’ to the production for its trust.”

We thank Claudio Tappi for the interview he gave us.

Claudio Tappi is a professional LD and member of Octavius Corporation, a company specialized in scenographic lighting design. 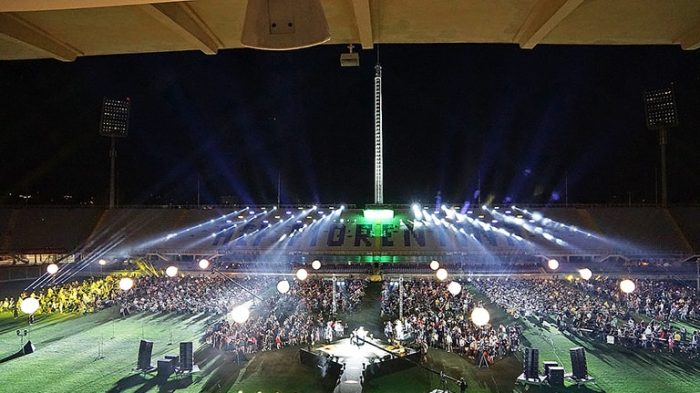 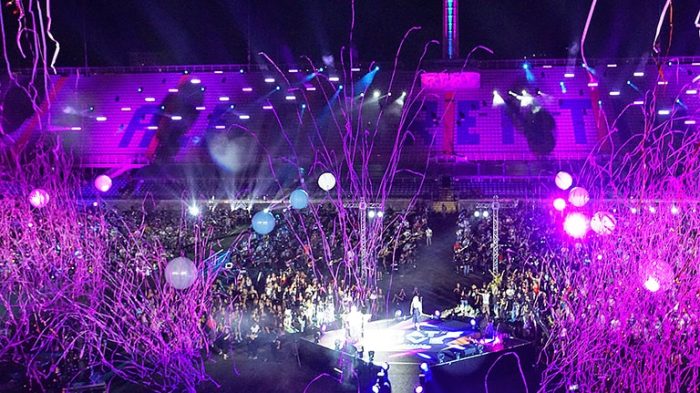 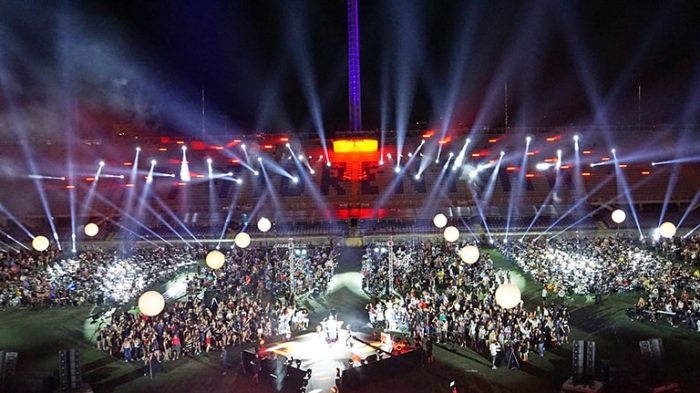 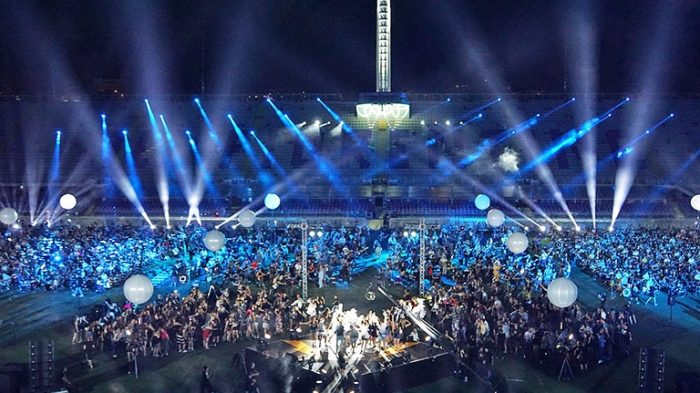 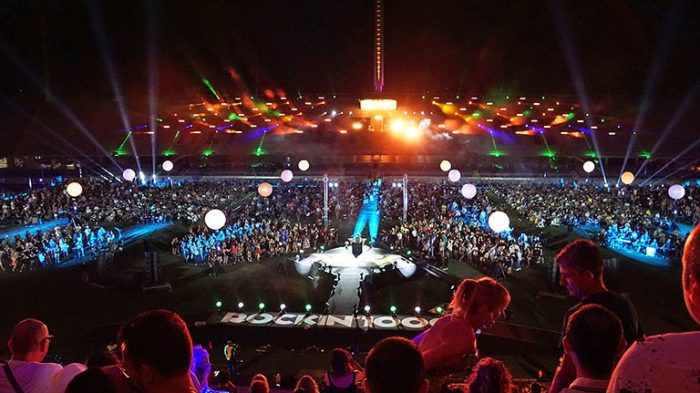 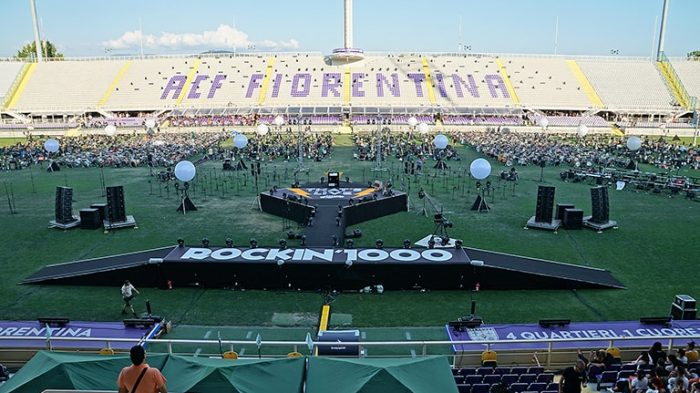