SYNERGY 5 PROFILE lights ‘Who Knows You?’ on NOVE channel

SYNERGY 5 PROFILE lights ‘Who Knows You?’ on NOVE channel

Interview with the DoP Alessandro Molinari

We thank Alessandro Molinari, DoP and Lighting Designer for ‘Who Knows You?’, for the interview he kindly gave us.

‘Who Knows You?’ is the first Italian TV show in which SYNERGY 5 PROFILE is used, a ‘baptism of fire’ for this moving head; do you want to describe how you used it?

“I chose SYNERGY 5 PROFILE after having seen it at the Prolight in Frankfurt and at the MiR in Rimini; a long comparative test followed, at the end of which I decided to include 24 units in ‘Who Knows You?’.

The first satisfaction that they gave me is the zoom, with this great possibility of opening. Another thing that struck me is the power, essential when you work with the zoom all open and you have to cover large surfaces.
As for the lighting plot I created for ‘Who Knows You?’, 6 SYNERGY 5 PROFILE units are controlled via a ‘Follow-me’ system to track the stage, using a mouse or trackball; I practically used the SYNERGYs as real follow-spots.

The set design includes two large rather low chandeliers. I managed to override them by placing the SYNERGYs in the four corners, using them both in frontal and backlit position. The use of LEDs is quantitatively important in the show; as far as regards the color temperature, we made a fantastic calibration with the SYNERGY for a faithful rendering of the complexions.
The heat dissipation is very silent; definitely the right machine for theater applications.

Also the built-in profiler is excellent: the dominant color of the scenography is red; sideways to the stage I have accurately shaped the whole scene to the millimeter; I practically created the scene with the SYNERGYs’ internal profilers; an important issue is that the lighting system has been turned on and off for 85 episodes and the cues have never lost their position; truly reliable.

I also used SYNERGY 5 PROFILE for some other lighting cues, like the fundamental ones at the end of the game, when the competitors play their winnings with the last questions. I shaped the projection on the character in the frame, creating some cues that I use alternately if the host of the show joins him and it is necessary to enlarge the shot.

In conclusion, a nice projector; excellent quality, all Italian, with an affordable price.”

Alessandro Molinari is a Director of Photography, Lighting Programmer and Show Designer with many years of lighting design experience in numerous TV shows on Italian networks (RAI, Mediaset, Sky Uno, La7, Nove), and international ones (United Arab Emirates, Spain, Lebanon).
He is also very active as Lighting Designer for dance shows, theater and fashion shows, as well as consultant for various lighting manufacturers, and member of the Italian Lighting Design Association.

IDENTITY CARD: WHO KNOWS YOU?

‘Who Knows You?’ (Chi ti conosce? is the italian show name), broadcast by NOVE, is a ‘game show’ with an all-Italian format.
A show that manages to engage the audience by challenging it to test its logic, and featuring a conductor – Max Giusti – that spreads a contagious sympathy.
In short, all the ingredients to make ‘Who Knows You?’ a success.
The elegant setting with beautiful warm colors is enhanced by an accurate lighting. Although it is not a show made of music or spectacular performances, the lighting strongly contributes to add dynamism to each scene, and to give the show its precise identity. 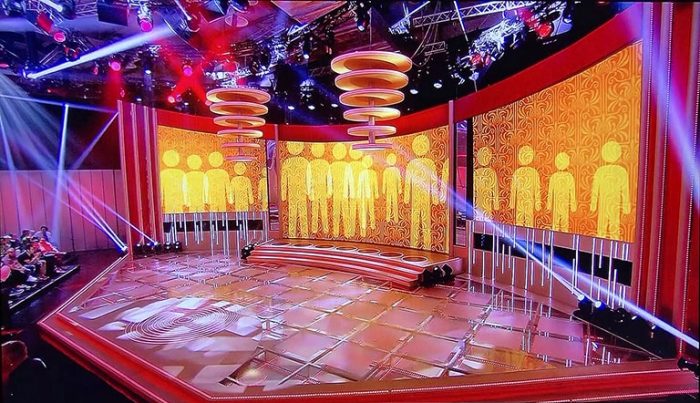 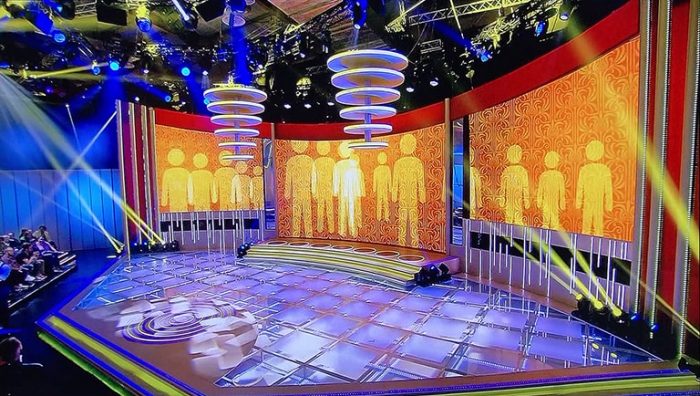 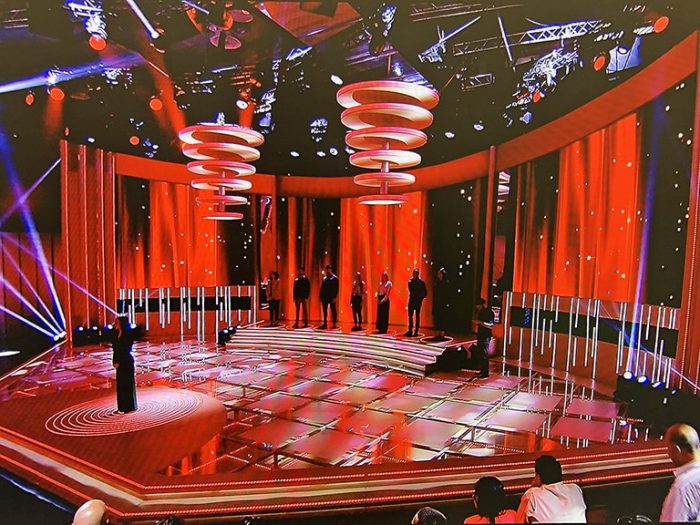 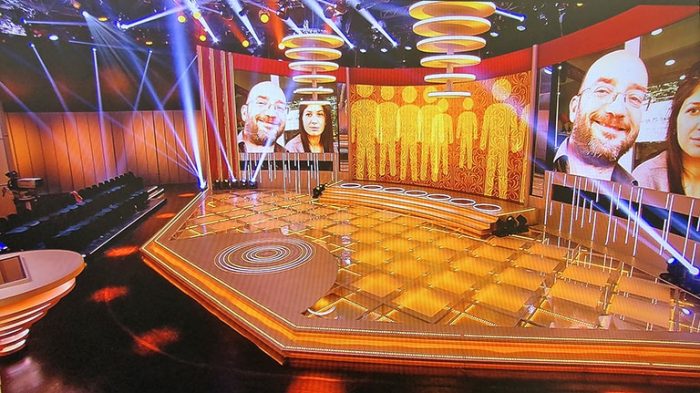