For the thirteenth consecutive year, the Italian musical summer exploded officially at the Arena di Verona with the classic ‘Music Awards’ appointment, broadcast by RAI1.

The 2019 edition, held on 5 and 6 June in the historic Roman amphitheater, brought together the main protagonists of Italian music on the same stage, awarding them for their most recent record hits.

The event was the national ‘first’ for the new ‘X BRICK’, a high-performance LED wash projector created for ‘rental’ use.

The inteview to Francesco De Cave

We thank Francesco De Cave, Lighting Designer of the ‘SEAT Music Awards 2019’ for the interview he gave us.

X BRICK is a projector very versatile by design: LED wash in indoor or outdoor architectural installations, cyclorama in theater, strobe and multicolor blinder in live shows; it applies to many applications.

How did you use it?

“Having already worked with the other BRICK models of the line, I can say that the X BRICK is impressively powerful; it’s an extremely bright projector, also with an excellent white balance between the four LED colors.

A compact light with a beautiful design and great ease of installation.

In the ‘Seat Music Awards’ I wanted to create special effects with the X BRICKs installed, not using them individually, but mapping them with the internal media server of the Hog 4, as pixels in a very articulated light plot.

I placed 28 units centrally above the stage, on 4 rows that interspersed 4 horizontal LED walls in a sort of inverted “pyramid”.

I integrated them into a series of videos that created a horizontal or vertical movement; I used colors and whites, turning the X BRICKs into real video pixels. The 40° holographic filter proved to be perfect for getting the right light diffusion.” 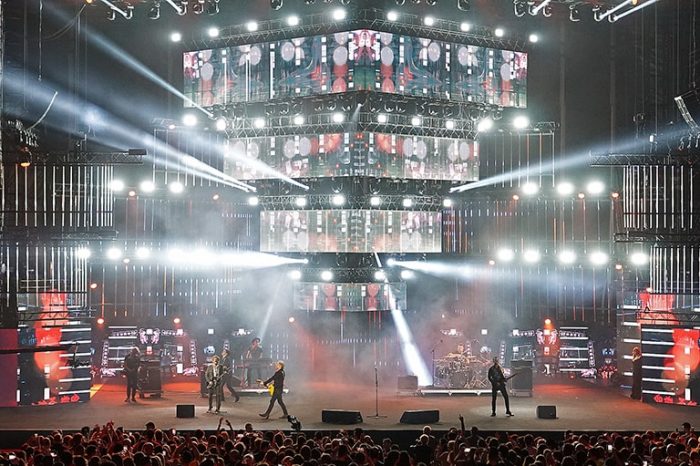 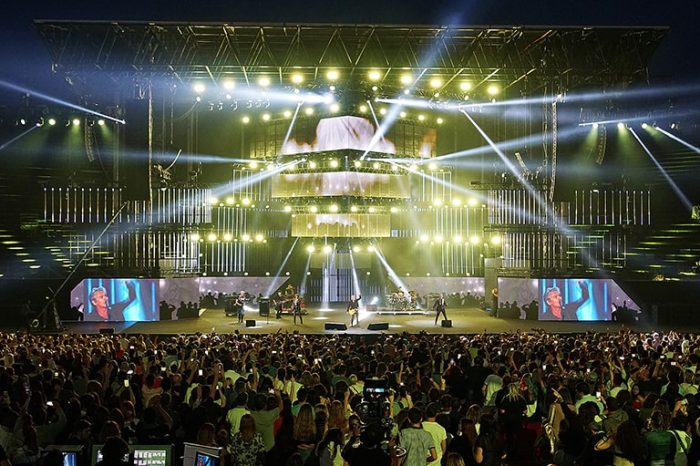 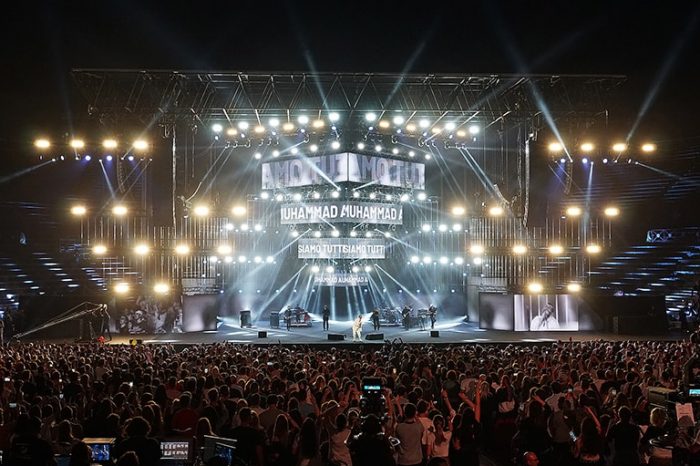 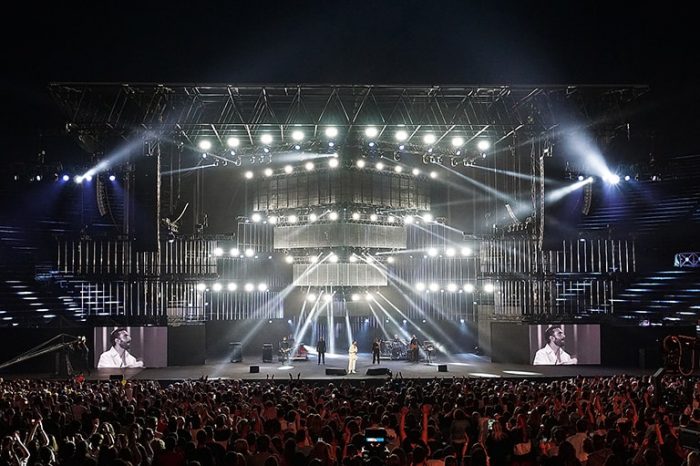