HELL IN THE CAVE

The Castellana Caves are a remarkable karst cave system located in the municipality of Castellana Grotte, in the province of Bari, Apulia. They are one of the most famous show caves of Italy.
The caves, discovered in 1938 by the speleologist Franco Anelli, are situated 1 km south of Castellana.
The entrance is represented by an enormous vertical tunnel 60 meters-long. The main cave is named “La Grave”, and others are named Black Cavern, White Cave and Precipice Cavern.
Castellana Caves have recently added a further attraction to that offered by nature: a show entitled Hell in the Cave, based on Dante’s Inferno.
The play was staged thanks to a staff of around 50 actors and dancers using cutting edge technology.
The performance works hand in hand with the caves of Castellana Grotte, using it as a spectacular backdrop. “Hell in the Cave” is an important multimedia presentation, which makes use of the entire natural environment in total respect for its features as a stage where innovative theatrical dynamics will capture the attention of and enthrall the public on an extraordinary adventure into Dante’s Inferno.
Director Enrico Romita, actors Giusy Frallonardo and Marcello Prayer, and choreographer Mimmo Iannone developed and produced the show in collaboration with PromoApulia, Castellana Council and Grotte di Castellana: so far it has already been seen by more than 10.000 spectators.

Installation
Designing and installing audio and lighting for the event was a challenging task, as explained by the show’s LD and console operator, Giuseppe Dicarlo of Tecno Sas, who also installed the D.T.S. lighting fixtures.
The main issue to take into account when choosing the fixtures, was the very nature of the location.
The constant humidity of around 90% and water and rain dropping continually from the opening in the vault, to start with.
Energy consumption and heat emission had to be kept to a minimum, to avoid altering the caves’ microclimate.
Also, and fixtures had to be very compact to keep the visual impact as low as possible, and had to be installed on the floor, following the configuration of the concretions.
D.T.S.’ DIVE Series LED projectors were the obvious choice, thanks to their unique features: IP68 protection rate, bronze and steel bodies requiring very little maintenance, very compact dimensions, optimum luminous power and endless colour range.

Products
A total of 127 DIVE RGB LED fixtures were installed, powered and controlled by 12 Z8 units (DMX signals fed from a Zero 88 Leap Frog 96-channel console).
The scenes are lit with DIVE 3, DIVE 9 and DIVE 48 models fitted with wide and medium lenses.
Also the walls and the huge stalactites of the impressive cave are lit with 12 FOS 100 RGBA LED bars, lighting stalactites up to the vault.
A series of DIVE 48 units light the access tunnel, creating a realistic effect of a descent into Hell. 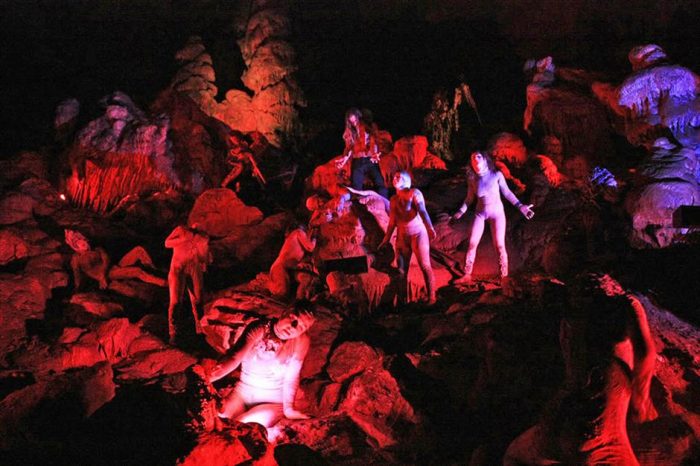 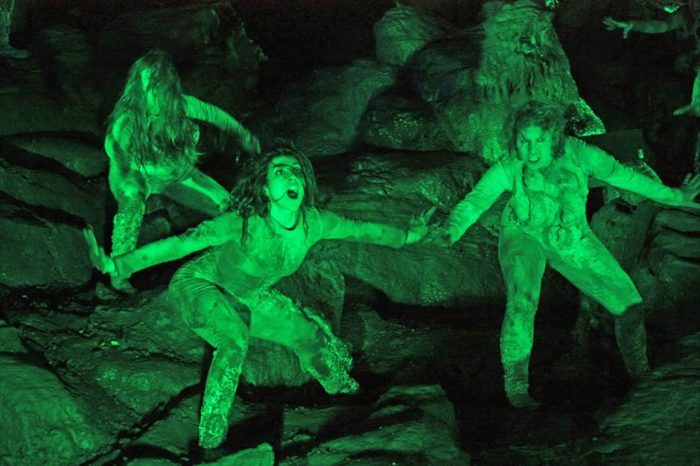 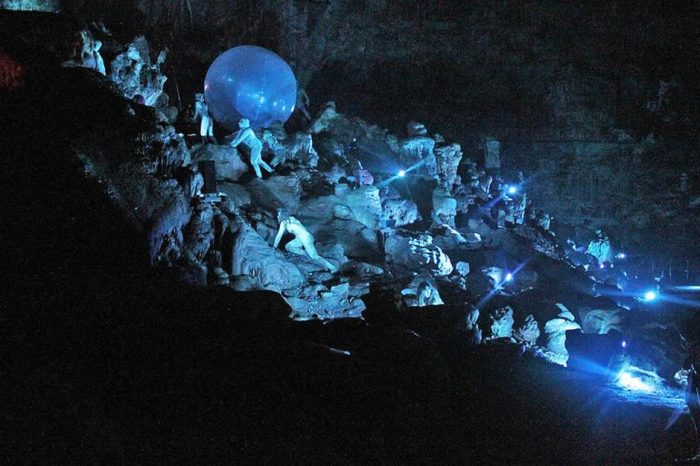 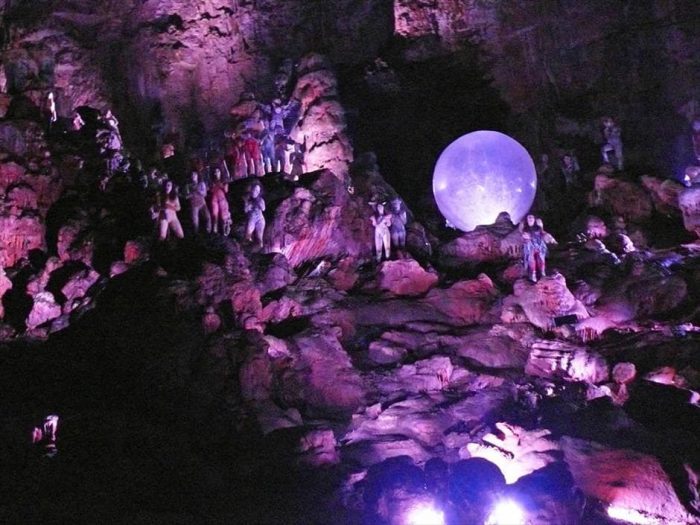