50 years of Pooh commemorated with EVO

50 years of Pooh commemorated with EVO

The Reunion Tour is the 50 years’ Pooh activity celebration.
The band history tells a live concerts story made by an excellent technical quality and great feeling with his audience.

The 5 Pooh, thanks the Riccardo Fogli retourn, welcome their fans with a 50 songs set list, one for each year of activity; an endless repertoire that was the key player of this memorable show, well-finished in every detail.
The Reunion Tour stage is something impressive (the service was Agorà), with four giant LED wall integrated into a big lighting system, not to mention numerous special effects.

How the lighting project is born?
“The artistic concept behind this project was to create a container that could enclose a piece of each of their tour. In every tour Pooh put out a new thing; the smoke, lasers, bursts, the bleachers with built-in lights, their logo.
At this stage, very nice, there is a piece of every scene, a piece of each of their 50-year effect created in these concerts.”

What did you expect using EVO?
“I needed a lightweight and versatile projector, that could become a very bright Spot but at the same time a Beam; and the EVO is one of the few projectors that can do this, and in addition it has considerable zoom speed to tighten from Spot to Beam.
Furthermore, a hybrid compact like EVO was a benefit for planning and Setup: less items to carry, less projector to hang up and less weight on the structures.

Speaking about versatility, you can image that for the San Siro appointment we used just five EVO – by disabling pan and tilt – and we used it as a beacon of light, one for each Pooh, thank to five operators on trusses. So, the five operators focused individually each component of Pooh, using the EVO as the follow spot.
I manage them from the console, with the same colours, gobos, intensity, color temperature like the other EVO are installed on.”

How did you use the EVOs on the palasports?
“I setted up them on the five vertical and diagonal trusses; on each semicircle hang a both limit of the stage and hanging from the central ring as a followspot.
I used them in a lot of situations: against the light with the gobo; zooming tight on the musicians; stage design to give three-dimensionality; beam; even as a follow spot, on Facchinetti and D’Orazio.” 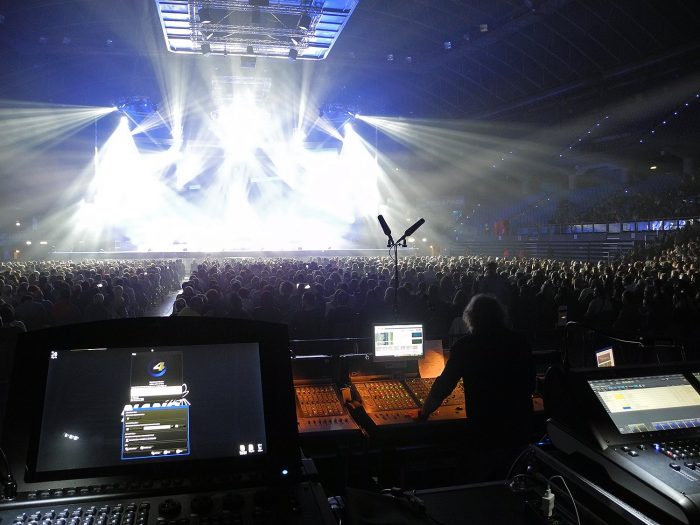 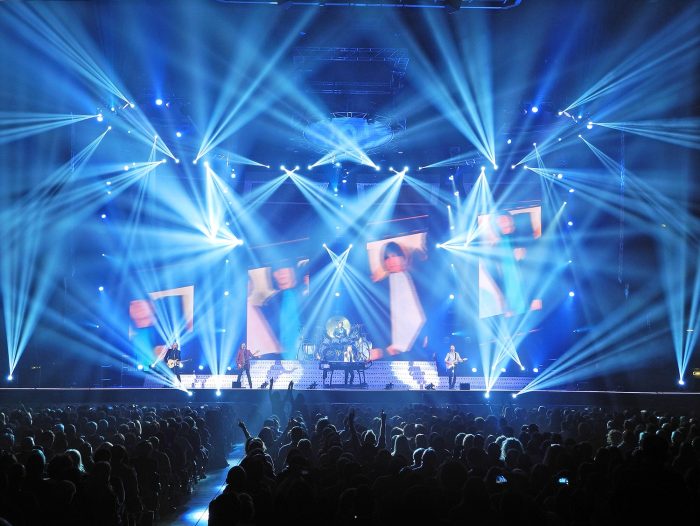 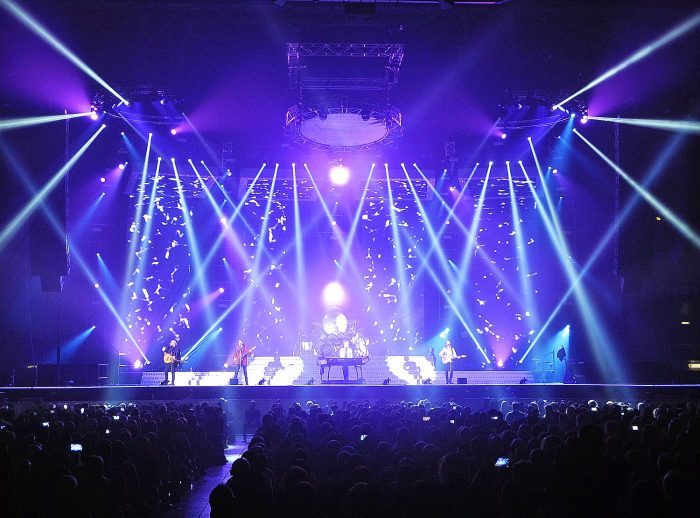 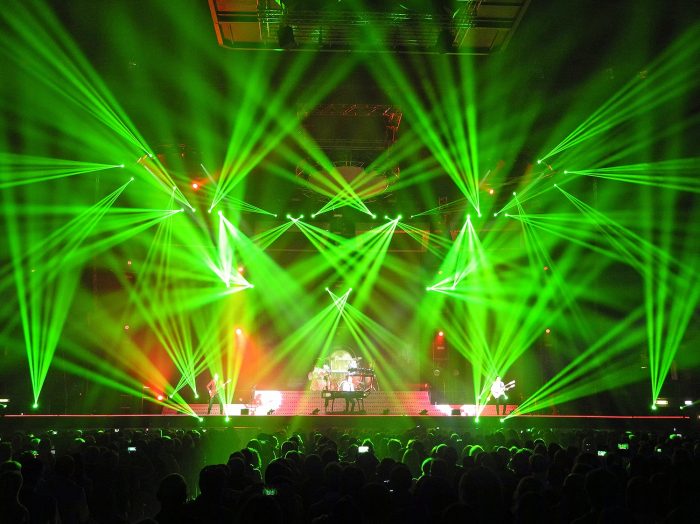 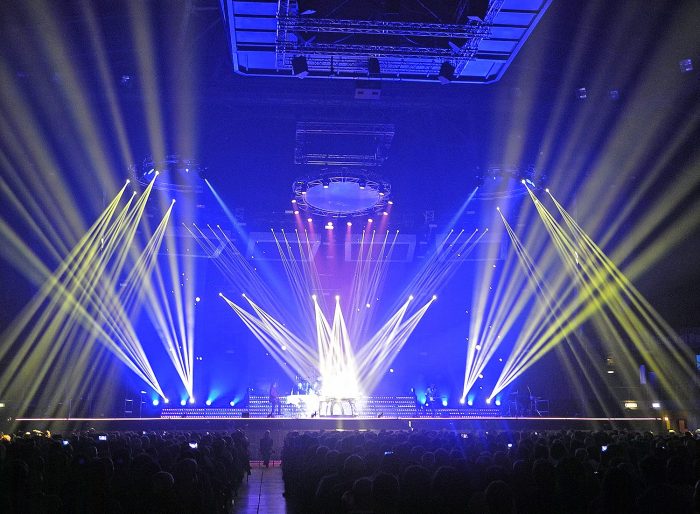 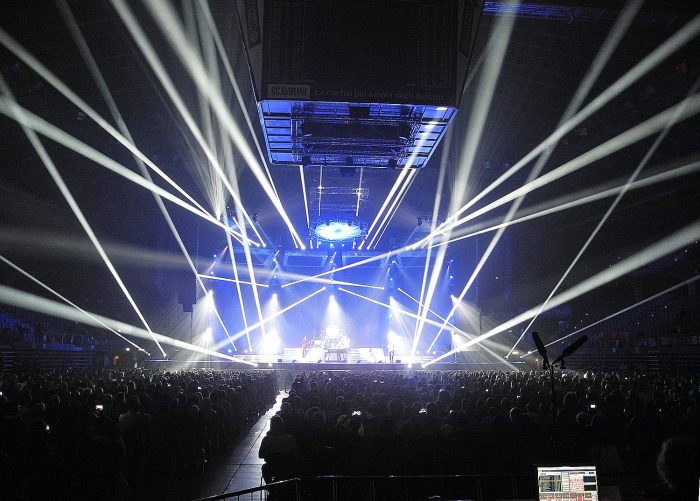