The format is organized as a travelling show that sees three main stages touring the south of Italy and hosting artists from all over the world.
The format originates from the radio show “Battiti dalla Caverna” by Titta De Tommasi (who took care of its direction until 2013) and Radionorba, broadcasted for 13 years from 1995. During these years, Italian singers performed live acoustic versions of their themes. Starting from 2008, the live radio-TV was tested thus beginning a new phase.
In 2013 Battiti Live transformed itself from a musical event to a television entertainment show passing under the artistic direction of Alan Palmieri. Finally, in 2017 the Battiti Live’s concerts started to be broadcasted for the first time on a national network.

Battiti Live is ultimately a traveling stage that marks the summer in many cities of southern Italy. Thanks to its success, in 2021 Battiti Live was also a TV phenomenon recording a share of 10.6%, confirming a growing trend of popularity. Numerous artists brought on stage their summer hits and thrilled thousands of people who flocked to this series of events.

AMG International, one of the most established companies in Italy for audiovisual and stage production, took care of this 2022 summer tour, as a full service.
Once again, AMG has relied on DTS projectors, giving shape and color to the lighting design by Massimo Pascucci, Lighting Designer and Director of Photography involved in dozens of the most popular television shows in Italy.
The lighting plot provides power and elegance, but at the same time is capable of giving color and structure to each artist in this rich lineup.
DTS is proud about the achievement gained with this partnership based on trust and esteem.

Among the products supplied for the Battiti Live 2022 stage were 100 Raptor, light-weight and powerful beam fixtures, and 60 Brick LED-wash projectors suitable for both indoor and outdoor venues. 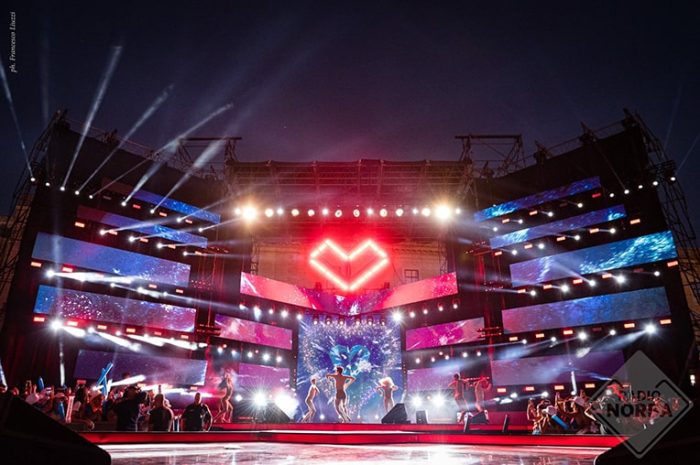 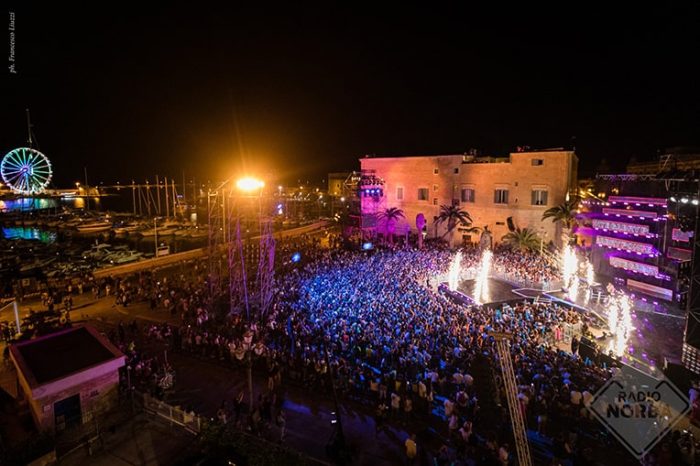 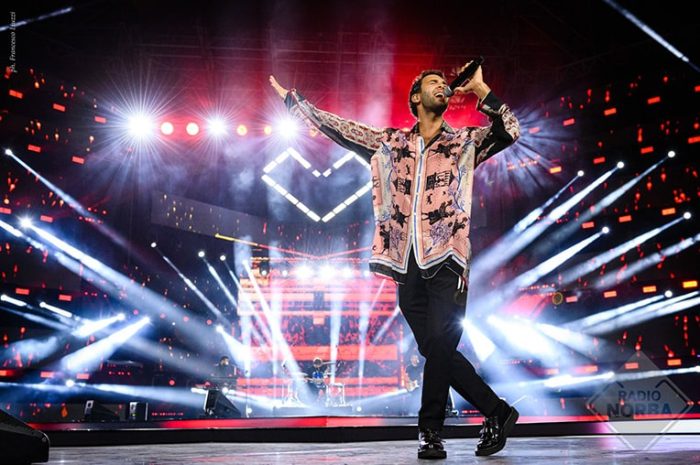