The ‘Bocelli & Zanetti night’, a mega show held last May 25, has been so successful that it exceeded all expectations.
Tickets sold out in advance in an hour, and top share for the TV broadcast on Channel 5.

The concert, organized in the area which hosted the World’s Expo in Milan, was held on the stage set up in the gigantic Open Air Theatre.
The event was lit by DTS moving heads: EVO, RAPTOR, MAX and NICK NRG 1201.
Rental company: MMS.
Lighting Designer: Francesco De Cave.

It was a charity show organized by the Bocelli Foundation, chaired by the world famous tenor Andrea Bocelli, and by the Pupi Foundation, chaired by the celebrated former football player Javier Zanetti.
The stellar cast of the guests has fulfilled both football and music fans: in addition to Bocelli – who delighted the audience with his incomparable voice – Kylie Minogue, Gianna Nannini, Skin, Il Volo, Francesco Renga, Alessandra Amoroso, Roberto Vecchioni and Lorenzo Fragola also performed; Laura Pausini took part via video link.
A number of football players and coaches also joined the event, introduced by Javier Zanetti: Allegri, Ronaldo, Lippi, Sacchi, Eto’o, Seedorf and many others, with Pelé in great shape as a special guest. 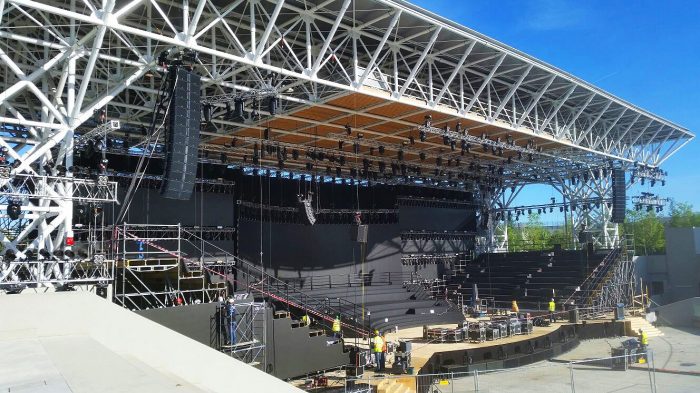 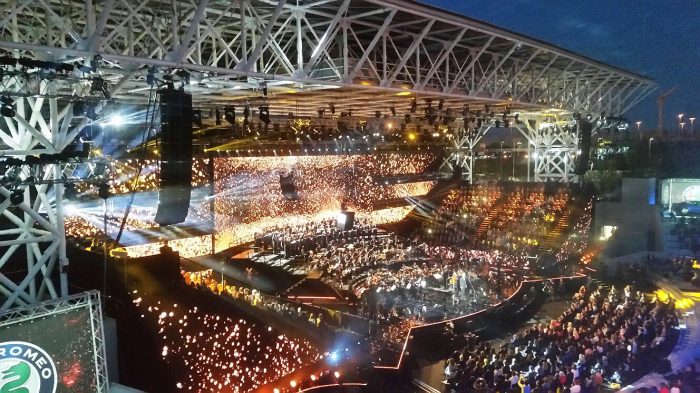 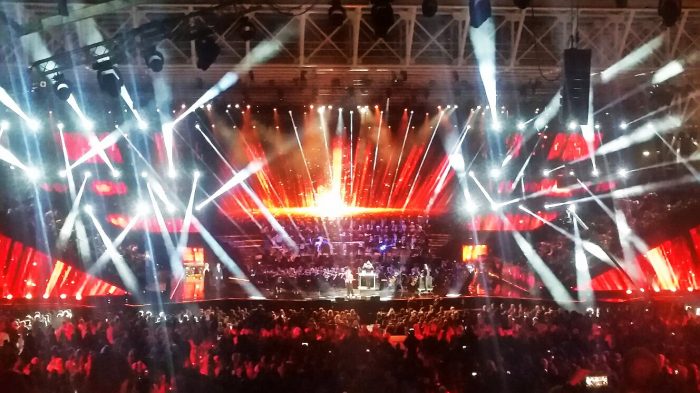