550 DTS fixtures installed at Next Radio TV, in Paris

550 DTS fixtures installed at Next Radio TV, in Paris

The call for tenders  lauched by Next Radio TV, the multi-media French group, to set up its broadcast studios, was inclusive of the entire equipment for 7 TV studios (BFMTV / BFM Business / BFM Paris / I24 News / RMC / RMC Discovery / RMC Sport) all located in the new Altice Campus in Paris.

ESL, DTS distributor in France, was chosen by Red Bee Media (winner of the tender) for its ability to offer a complete equipment solution for fix broadcast installation such a gigantic project. The ESL offer included structure, hoists, wiring and of course lighting fixtures. The bulk of the equipment provided consisted of 550 LED projectors made by DTS.

The whole lighting equipment of Next Radio TV is made – besides a few exceptions – of LED fixtures, as the main issues of the lighting installation in all studios were a CRI >90, a CCT of 5200 K and a fitting luminosity.

DTS LED lights were in fact praised by Next Radio TV for their “remarkable optics and excellent CRI”.
For this reason 130 x PROFILO LED 200 profilers and 91 x SCENA LED 200 theatre projectors by DTS were installed on the grilles of the various TV sets thanks to their CRI that averages >95, an exceptional value for this type of LED floodlights.

DTS was also commended for its responsiveness in customizing its projectors to special requests. This was made possible thanks to the exceptional support given by Eric Brancherie – Director of Photography of the seven studios of Next Radio TV – who worked closely with DTS all long the making of the lighting project.

60 x NICK NRG 1401 wash moving heads and 20 PROFILO LED 200 units were installed in Studio # 1 (BFMTV).
Also, 21 units of KATANA motorized LED bars were integrated in the false ceiling of the main stage, allowing to change the color of the decor at will, and to create an effective ‘light box’.

Studio # 3, used for sports broadcasts, is equipped with PROFILO LED 200 and SCENA LED 200 lights.
The FOS POWER FC LED bars are used to light up the cyclorama in background. Another NICK NRG 1401 is placed high above the anchorman’s desk.

Studios # 4 and # 5 are fitted with the PROFILO LED 80 and SCENA LED 80 projectors, and also with some full color units for decoration.

Studio # 6 is located on the ground floor, in a corner of the building; it is a glazed room with a view of an outside garden.
Here, the FOS bars are effectively used to ‘frame’ the windows. 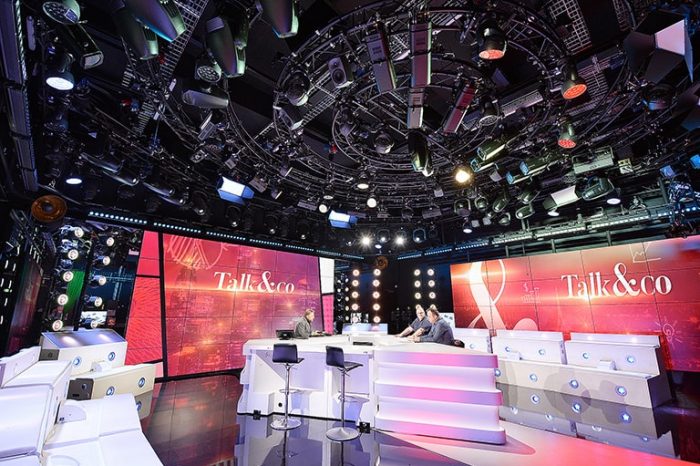 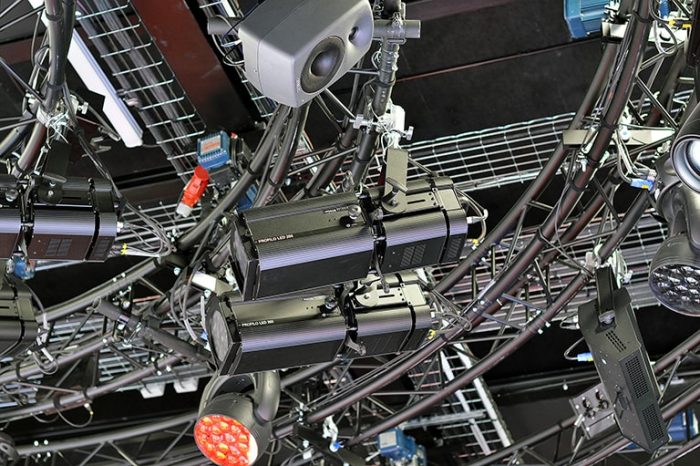 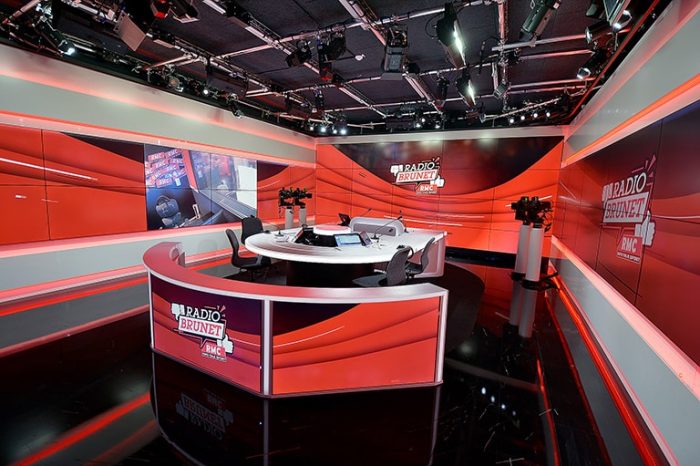 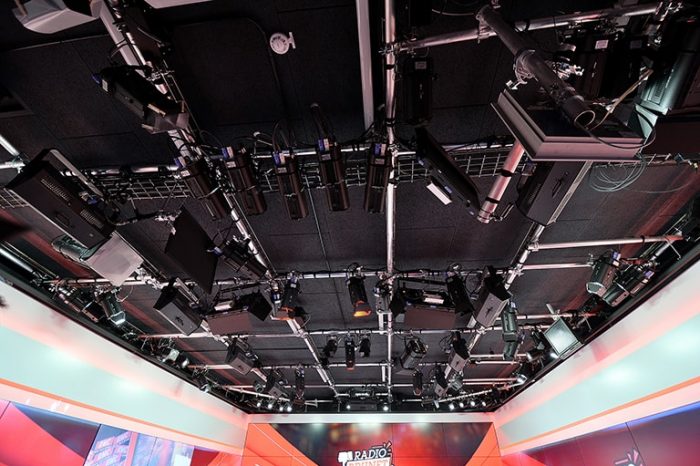 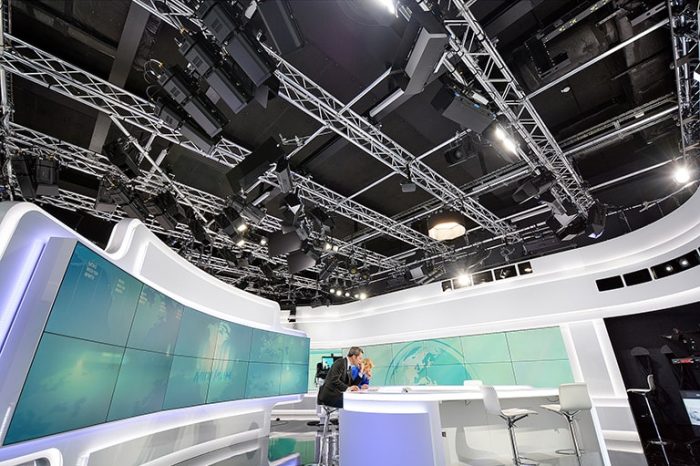 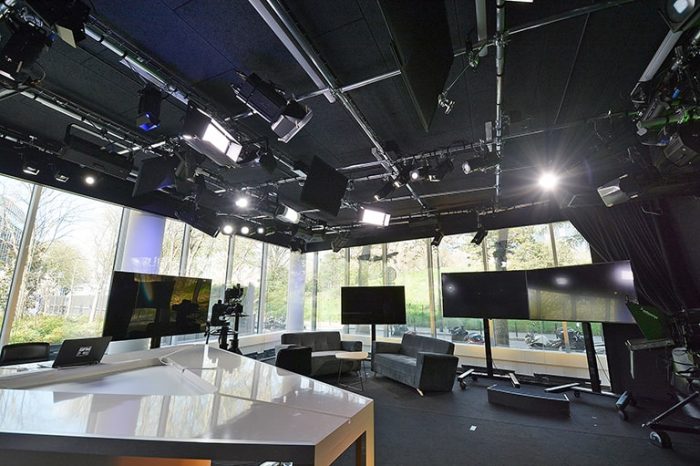