In the concerts of the tour, Fedez interacted with the infinite images of an ultra-modern and spectacular video / light show – 40 KATANA by DTS were comprised in the light plot – creating a very stimulating visual performance.
That innovative show is the result of the intuition and ability of a creative team consisting of Jacopo Ricci (Lighting Designer and Show Designer) and Lorenzo de Pascalis (Video and Creative Director).

The central element of the stage, the one around which the show was developed, is a large ‘cube’ made of LED walls. The front wall as well as being transparent is divided into two parts that can slide towards the sides of the stage.
A solution complemented by 24 KATANA LED bars positioned inside the cube and freely swiveling thanks to a Kynesis motorized system.

The inteview to Jacopo Ricci

Jacopo Ricci (whom we thank for his courtesy) described this synergy between KATANAs and LED walls:

“The KATANAs have certainly played a leading role in the design of the Fedez show; they are the fulcrum of many songs and have been an excellent ally both in the construction of attractive and very pop looks, and during more theatrical and ‘clean’ moments.

I used a total of 40 units, 24 of which were positioned on motorized pods run with Kynesis that were inside the semi-transparent LEDwall cube, the main element of the design that we decided to take on tour. The decision to pair the KATANAS with the movable pods proved to be a winning one and allowed me to create, in conjunction with the movement of the pods, really interesting and impressive aerial geometries. Up to the point that in some moments, when the the curtain was open, I didn’t need the rear LEDwall because the KATANAs took centre stage.

8 more KATANAs were placed on the catwalk and used only as effects to highlight some parts of a few songs. The remaining 8 units were positioned on a secondary stage set in the middle of the parterre, where Fedez sang 3 or 4 most elegant pieces together with the audience. In that moment the KATANAs designed a perfect outline of the stage made of transparent plexiglass, and with some smoke they made a nice ‘cage’ around him.

The design of the tour revolves around this huge semitransparent LEDwall cube, which opens frontally like a curtain, to let the artist enter or exit this ‘cage’ of screens interacting real time with him. Having drawn, together with my colleague Lorenzo de Pascalis, a tour with such a strong video identity, we needed KATANA to be able to “fight” the LED walls; I can say I am completely satisfied, so much so that in some moments of the show I could also use them to cut through the semi-transparent LEDwall / curtain while it was closed. In those moments Fedez was inside the cube for the real time section of the show and it was interesting to make the KATANA on the pods interact in transparency with the screens’ images.

In almost all the drawings I made and planned, I always used motorized bars. They are an element that I have always liked to include in my work because if used in the right way they add a level of depth and 3D to the show, and are a good way to build volumes in the space and keep the audience attention alive with an element different from the usual beams.

The colors of the show and their management and implementation are the result of a very careful study; the KATANAs have certainly made my work easier with their excellent RGBW mixing engine and their ability to reproduce colors evenly on all the LEDs of all the units I used.

An unconventional way I employed the KATANAs was to use them as wash lights, when I needed a backlight for Fedez, and the KATANAs were the only projectors available. Even on that occasion I didn’t have any problems thanks to their zoom, which has an excellent excursion and it’s also very fast; this allowed me to shift from ‘wash’ looks to ‘beam’ looks very quickly.

The KATANA were all used in pixel mappping mode, and programmed on GrandMA2.

Working almost always abroad, I had never used KATANA before; I can say that it definitely maintained and exceeded my expectations and as an Italian I’m proud of being able to use products made in Italy that meet international standards.” 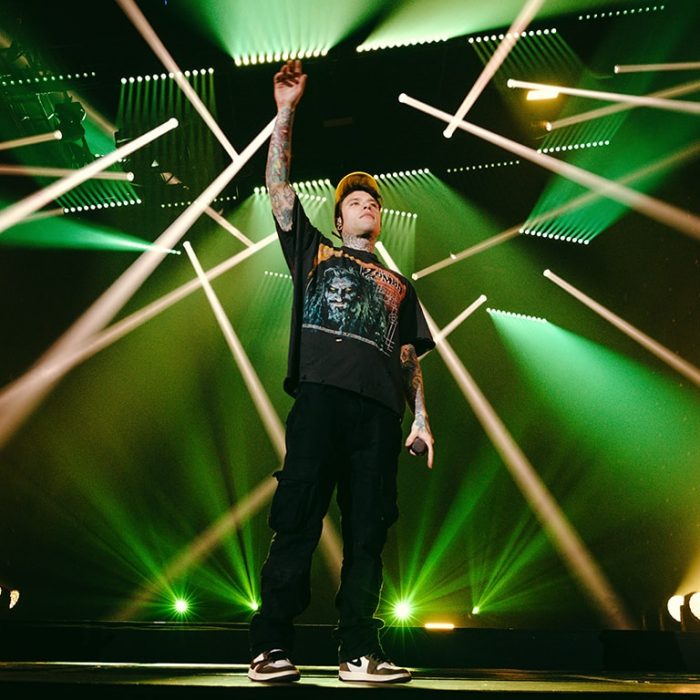 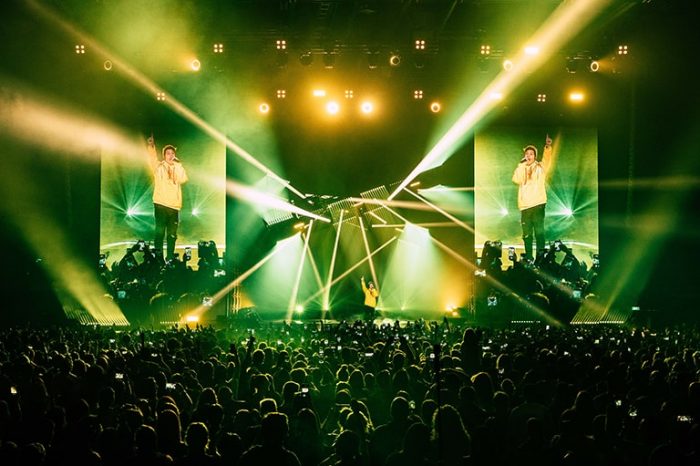 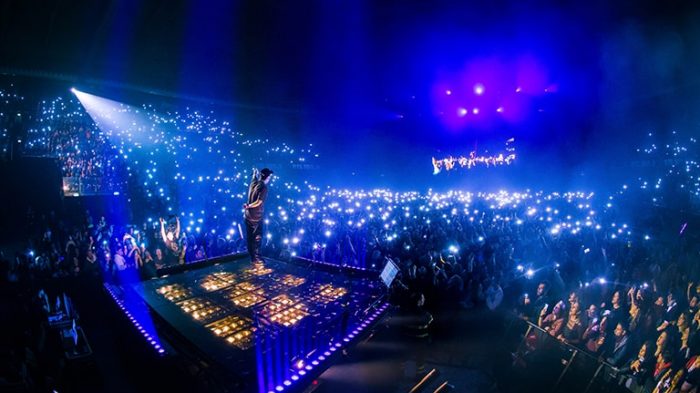 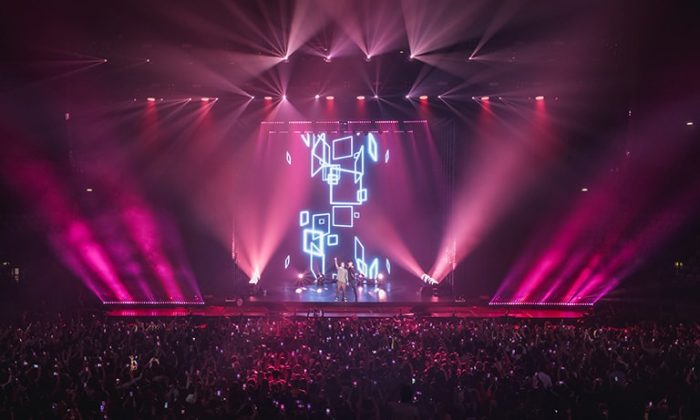 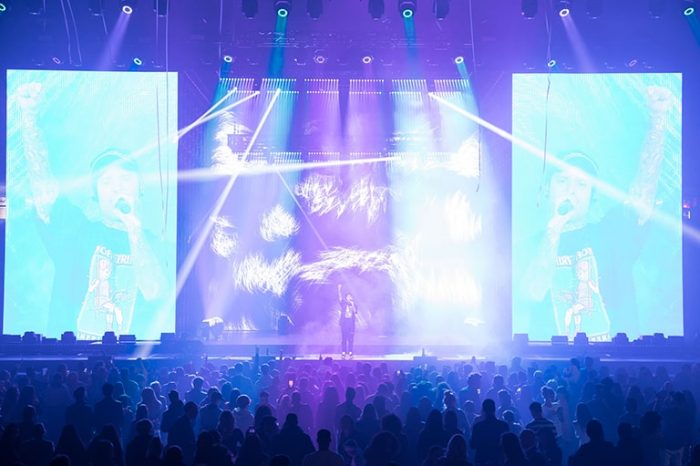 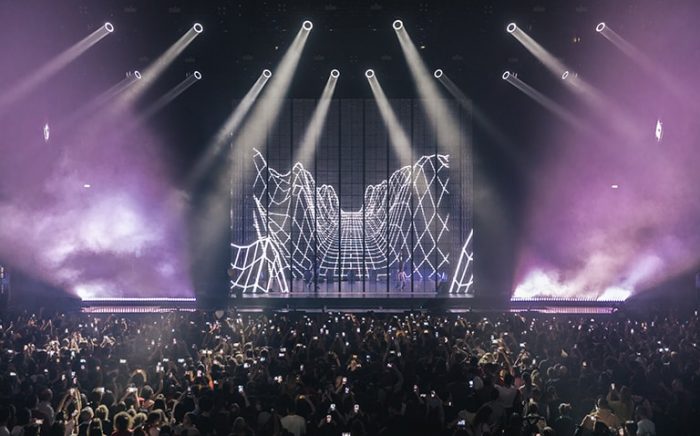