KNOXVILLE, Tennessee – February 2017 — “It was a ‘Wow!’” That was the reaction of Eddie Speeks, president and CEO of Stellar Visions and Sound (SVS), which barely had a dozen newly acquired DTS KATANA blade-effect LED fixtures in its inventory before they were immediately sent out on several high-profile projects.

At the recent invitation-only Sea Ray Yacht Expo, which took place at the South Seas Island Resort on Captiva Island, Florida, SVS had an array of the KATANA fixtures in place used for their signature effect: moving “blades” of extra-bright dynamic light projection with super-fast motorized tilt, and single-pixel control for stunning multicolor effects. The following week, the KATANAs were again deployed, this time for a live television broadcast where the light blade’s unique features allowed them to illuminate the audience in distinctly new ways. Even more recently, the fixtures provided dramatic lighting effects for the annual Challenge Youth Conference (CYC) held from February 24 to 26 this year in Pigeon Forge, Tennessee.

“For the live broadcast, we were able to zoom in and then broaden the effect out, while changing colors and color temperatures,” Speeks explains. “We went from these tight focuses on parts of the audience to big, wide coverage of them. Again, these were effects that we’d never been able to do before—that no one has ever been able to do before—and we had them as blade effects on the live entertainment at the yacht show and then as audience washes on the broadcast back to back, in the space of a week, one show to the next. It was amazing!”

KATANA introduces a brand new type of light beam—the dynamic “blade” projection. Thanks to a custom 3.5-to-30-degree linear zoom, KATANA can project an extra-bright blade of light that cuts through any show with a super-fast motorized tilt that adds a dynamic impact to any lighting performance.

Speeks says the KATANA gives him a much broader palette as a lighting designer himself, and it does the same for his staff designers, such as Matt Platt, who Speeks says told him the zoom and wash effects on the audience at the live broadcast were something he’s never been able to accomplish before.

In addition, Speeks says the KATANA is incredibly flexible when it comes to configuring it. “We were able to fly it off of a truss and set it up on the ground, and the color calibration and mixing from each fixture’s 12 LEDs were phenomenal. It’s something that will further set us apart and make our lighting design even more compelling.” 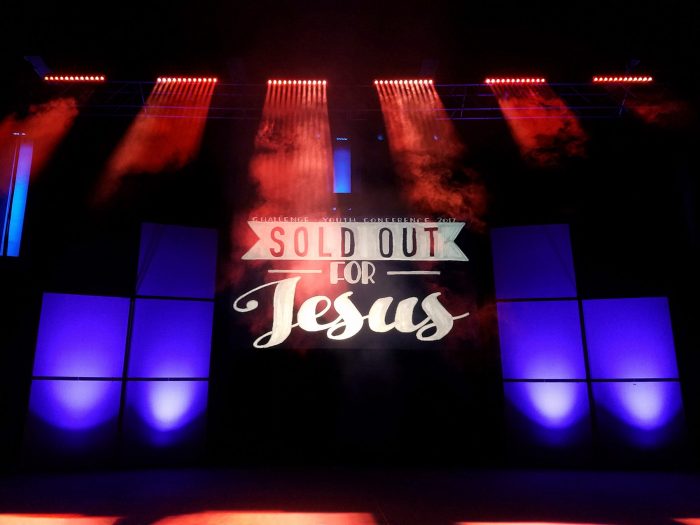 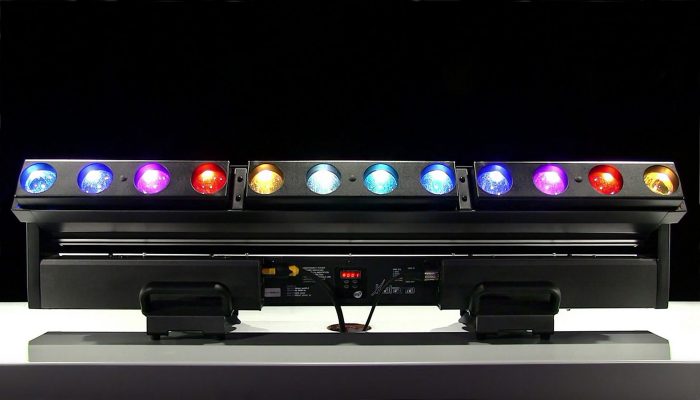