Laura Pausini’s ‘Make yourself heard World Wide Tour‘ (Fatt sentire Tour) is in full swing with an amazing success: 47 concerts all over the world, almost all sold-out, with over 330,000 tickets purchased in presale.
Now the tour has returned to Italy and proceeds with 22 dates until mid-October, and then leave for Spain, France, Germany and return once again to Italy; in short, a true tour de force.

Francesco De Cave, one of the best known – and busy – Italian LDs, has created the setup and lighting design of the show.

We thank Francesco for the interview that has kindly released us.

In the setup you’ve made for the ‘Make yourself heard Tour’ there are two very characterizing elements; the first is the long catwalk that stretches for several meters to the audience, where you have installed the new SYNERGY 5 PROFILE fixtures.
How do you use them?

“The SYNERGY have been positioned on the front of the stage and on the boardwalk, to emphasize the catwalk where Laura gets in touch with her fans. The SYNERGYs were used to highlight the shape to this catwalk, giving it even greater importance and centrality.

The SYNERGYs arranged in this position are very effective also by allowing me to color that part of the sports hall which is usually not lit. I am really amazed by the amount of light that comes out of these projectors; with their great brightness, I can – using some smoke – to bring color till the end of the catwalk, perfectly integrating that area into the show.

I use the SYNERGYs with the zoom full open, for example in the intro of the show where I need a lot of light to create a colored background for laser projections. The power and the brightness of the SYNERGY are the basis of the use I make, along with its white that for me is virtually perfect.

Another great feature of the projector are the colors: very beautiful, and above all identical in all projectors; when you create your own color palettes, including the pastel nuances, there are no offsets; there is a perfect synergy between all the SYNERGYs.”

The second element characterizing the setup is the KATANA bars, used in backlighting.

“There is a large central LED wall, divided into two parts, upper and lower, and 10 KATANA are installed in this space. Another 10 bars are installed under the LED wall. Then there are two smaller side LED walls, on each of which there is another row of KATANAs; and also centrally on the stage, and laterally closer to the stage edge.
Basically, I tried to create a lighting design that in some scenes, simply turning on the KATANAs, recreates the shape of the entire stage. In this context the KATANAs draw differently depending on their zoom – minimum zoom with very narrow beam and single LEDs highlighted, or zoom full opened – creating the outline and giving dimension to the stage, 36 meters wide.

I use them in ‘extended’ mode / 64 DMX channels, and I managed to create very beautiful pixel-mapped effects.
The media server that plays the video contents is connected to my consoles; in concert I can dimmer the LED walls brightness with a dedicated master, and I decide at all times what should be the balance between them and the light rig. But I must say that thanks to their brightness the KATANAs come out very well anyway; where I need a lot of light, they are unbeatable.

I used the the single LEDs to create various double-layer effects; for instance I make red LEDs move in the foreground and at the same time I flash the background in white.”

Francesco De Cave is a show designer, scenographer and video designer for live concerts, television programs and fashion events. His professional experience comes from 12 years of work done for large and small productions in the field of professional entertainment.

The always updated knowledge of lighting, video and material equipment for the show sets comes from the continuous research in the field of builders. 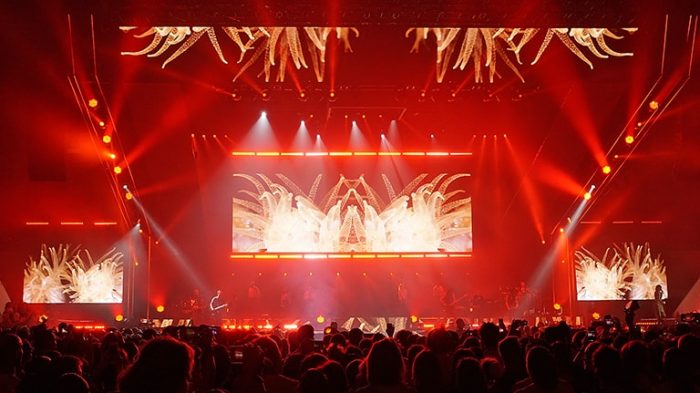 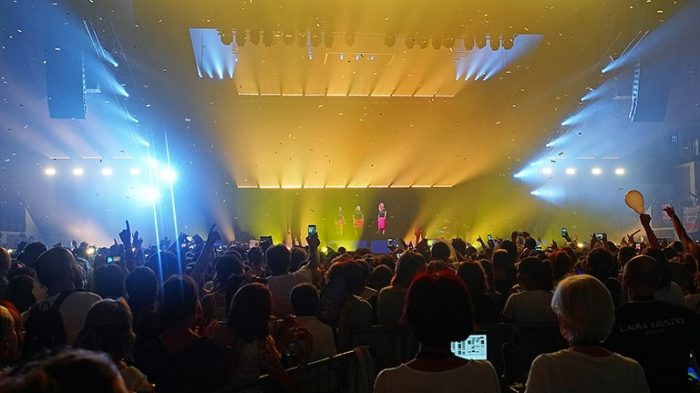 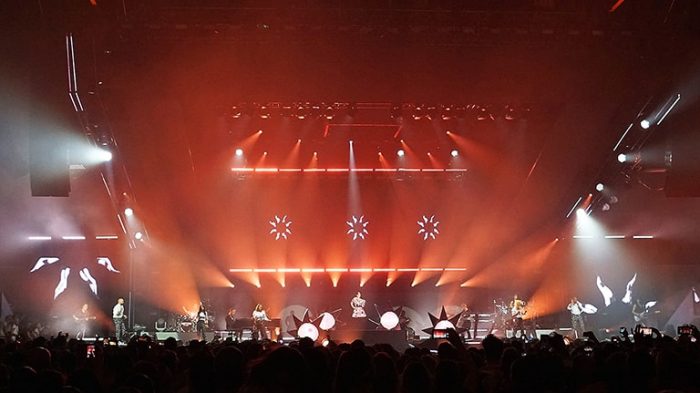 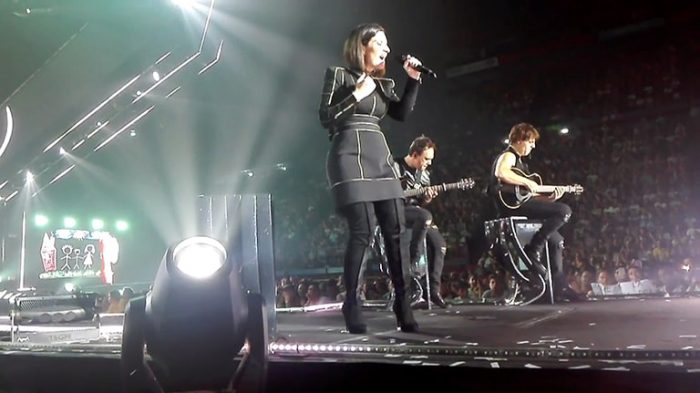 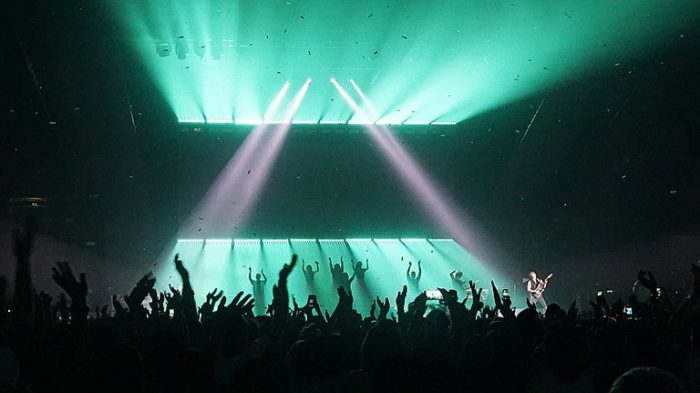 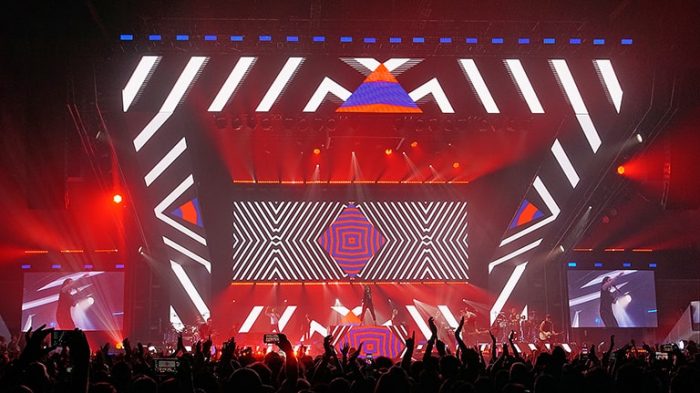