‘Extravaganza’ is a high-profile corporate motivational event, organized regularly by the multinational Herbalife in the world’s most prestigious cities.
The last edition took place in Prague’s O2 Arena.
The ‘Extravaganza’ organization has been entrusted to Planet Service, specialized company in design and implementation of international events, and historical Herbalife partner for its conventions.

“Extravaganza Prague was an event of the highest technological level. For this production we used the new CORE hybrid moving heads by DTS.
The COREs have proven irreplaceable for the highly dynamic lighting design we have created. This, thanks to their great luminosity, combined with the wealth of internal effects and their super-fast movements; also they provided the versatility of Spot and Beam projections in the same fixture.

Including the COREs, we installed over 250 DTS projectors of various types.
We know DTS products pretty well, as we’ve been using them for several years in the most demanding productions.
The LED moving heads have a perfect color mixing and a great quality of the optics, with long excursion zooms that allow us to use them as wash or as beam projectors, as needed.
DTS discharge moving heads are the key ingredient for a range of events taking place in large venues like the O2: they allow us to project extra-bright beams of light over long distances, and also to widen the beam to obtain a very convincing ‘spot’ projection, with a wide range of colors, from the most delicate to the most saturated ones, and a variety of gobos, all of them very useful.”

“The idea that has marked ‘Extravaganza Prague’ is the movement, the dynamism. The stage we built in the center of the arena is circular, to give maximum visibility to all participants. This solution, repeated several times over the years, allows a direct interaction between the audience and the speakers; also the presence of the public in the background makes more effective the live videos we displayed on the maxi screens.

In order to balance the lighting and create the desired dynamic effects, we used the “Cyber Hoists” to liven up the trusses, some of whom had the ability to rotate clockwise or counterclockwise emphasizing the effect.
On these trusses, we installed the RAPTORs, while on the other trusses over the stage we hung the new CORE moving heads, and the NRG 1201 units.  For the lighting of the audience we have mainly used the COREs, plus NRG 1201, RAPTOR and further Wash and Beam fixtures, all by DTS.

We used 19 DMX universes to program projectors, lasers, CO2 effects and the other technologies employed.
The show was created by our staff – with Lighting Designers Luca Casadei and Claudio Tappi – in collaboration with the Executive producers of Herbalife; we focused on creating emotional moments, where we used vertical and horizontal movements of the trusses, special light effects and very concentrated aerial beams, to emphasize the highlights of the event.“ 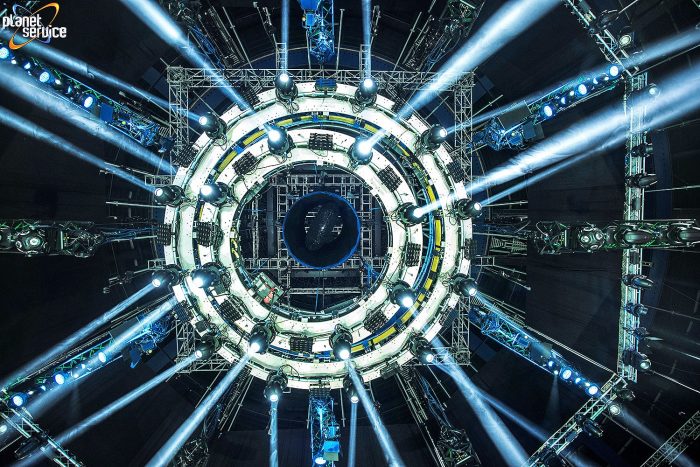 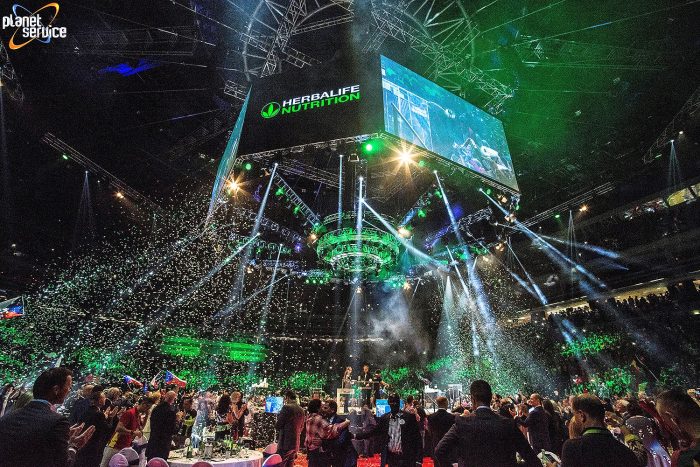 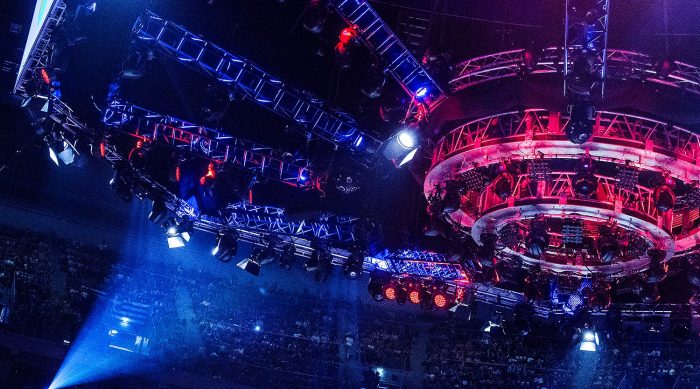 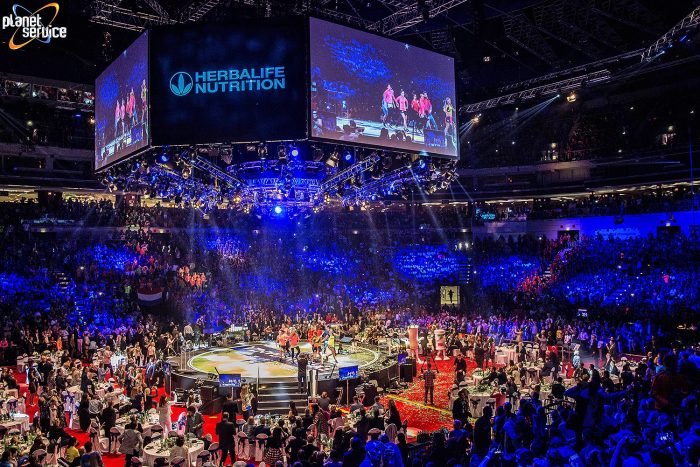 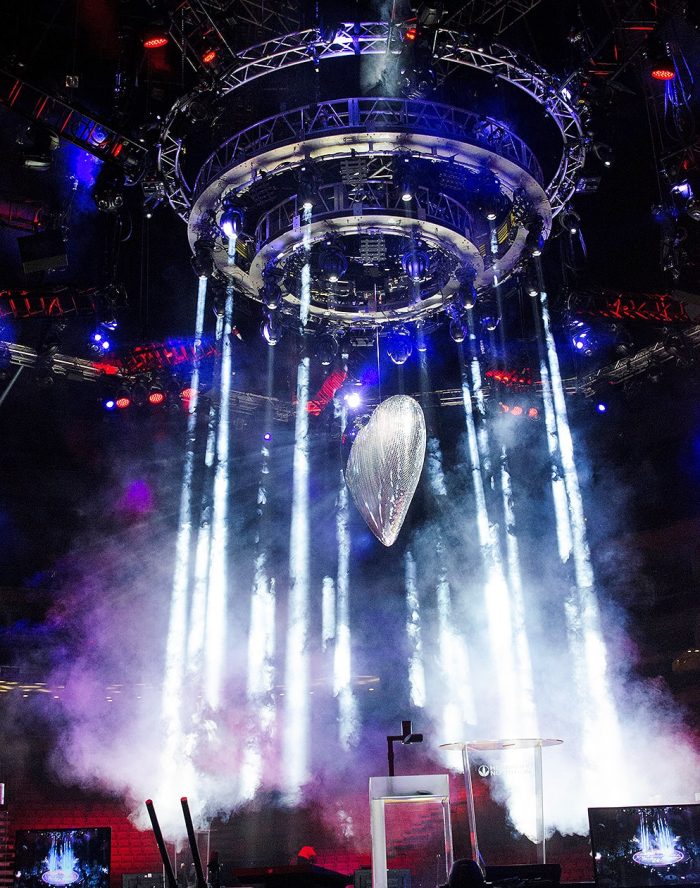 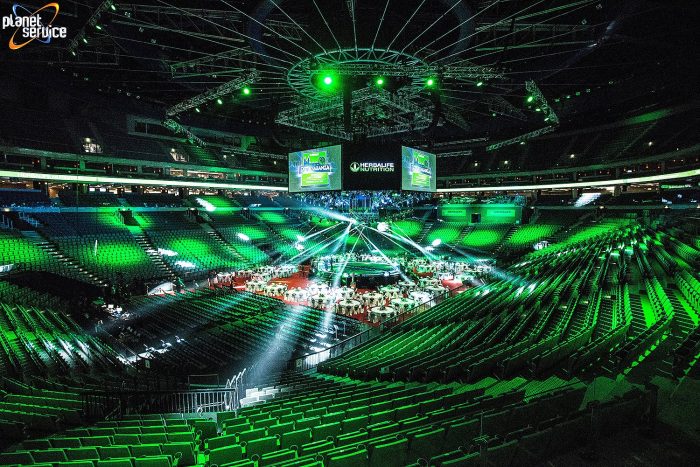