‘2019 Europe & Africa Herbalife Nutrition Extravaganza‘ – a corporate event organized by Herbalife (global giant for nutritional products and body care) – was held 18 to 23 September at the Lanxess Arena in Cologne, one of the largest multi-functional facilities in Germany.
The international meeting was lit up by the new ALCHEMY 5 Fresnel LED wash, installed by Planet Service, Herbalife’s historic technical partner.

The interview to Luca Casadei, Lighting Designer of ‘Herbalife Extravaganza’

J: Year after year, Herbalife amazes its audience with increasingly complex events; I guess it’s a great stimulus for you.

“The Herbalife Corporate event is different from the usual ones; that is, besides the speeches and the new product showcases there is a large part dedicated to the show, which for Herbalife is very important; from this point of view, the attitude that their creatives have is very ‘rock’.
Therefore it is natural that more and more technology, lights and video are used; and that we always try to improve the quality of our productions.
At the same time, the search for truly new products goes on in order to always bring something new to the field.”

J: The motorized truss system you created wouldn’t seem out of place in a great rock band’s tour.

“For ‘Herbalife Extravaganza 2019’ we started from a somewhat particular concept: to simulate something gigantic ‘walking’ over the audience.

To make it, we started from the stand built in the center of the Lanxess Arena, above which we created a suspended structure, which could be raised / lowered at will, to which five circular trusses (individually tiltable) were fixed.
We installed a system consisting of four trusses (24-meter each) arranged in a radial pattern starting from the central structure; each of these super trusses could be moved individually, but it was in turn divided into three 8-meter sections; the three elements could move independently, as if they were articulated ‘legs’. We installed 64 DTS projectors on the circular trusses, and another 48 on the ‘legs’.
Over 40 chain hoists were needed to move the entire system.”

J: Why did you choose ALCHEMY 5?

“Apart from the EVOs and the NICK NRG 1201s, we used ALCHEMY 5 for the first time.
The reasons for this choice are many.
The first is that I needed a washlight with a LED source for the stage, but with no visible light generation chips. That’s because those fixtures had to project the white for the TV shootings, and the color for the VIP tables around the stage; having a tilt angle of 40°/45 °, the visible chips would have become very annoying in the long run.

The ALCHEMY has the light source and the power I’m interested in and a real Fresnel lens that softens and evenly spreads the beam.

The second reason, even more important, is that it allowed me to perfectly balance its color temperature with that of the other discharge sources; the ALCHEMY allows you a very easy balance: it is a very flexible, versatile wash light; with a comprehensive management of the whites.

Also, combining aesthetics and functionality, I preferred to install not the usual ‘pan’ shaped LED light, but a more imposing fixture; in fact, a projector too small wouldn’t have fit a stage so wide.
The ALCHEMY has helped us from all points of view.”

“We used ALCHEMY 5 in ‘Basic’ mode, taking advantage of its peculiarity, namely that of complete white management; I created custom palettes especially on the CTOs, to balance its color temperature with that of the discharge lamp projectors set up in the Lanxess Arena.

I found the ALCHEMYs very reliable, with the zoom projections well diffused by the Fresnel lens; furthermore I found it ergonomic and interesting also from an aesthetic point of view.

I used them mainly as TV studio projectors; as I said, the most important aim in that type of event was that of the 500 guests seated at the tables on the red carpet around the stage; all these VIPs – the ‘Presidents’ – were frequently filmed by cameras.
Shooting the tables area was therefore as important as the stage on which the shows and choreographies were held. Guests stayed under the lights 10 hours a day, so it was necessary that the source was not annoying; the ALCHEMY immediately turned out to be the projector we were looking for.”

J: Any comments from Herbalife?

“At the end of “Extravaganza 2019″, the Herbalife executives warmly expressed their compliments for the result, with regard either to the great work and the lighting technologies put in place.”

We thank Luca Casadei, Lighting Designer of ‘Herbalife Extravaganza’ for the interview he kindly granted us. 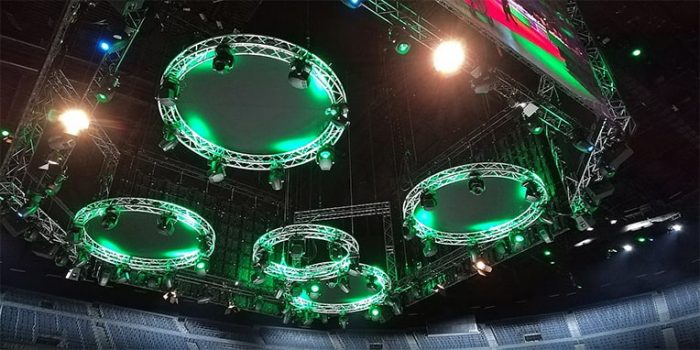 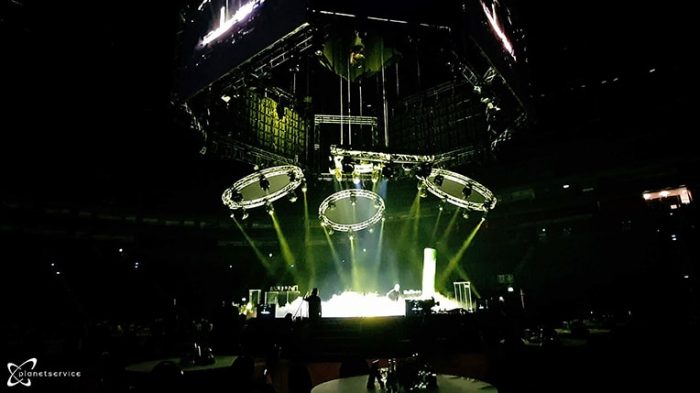 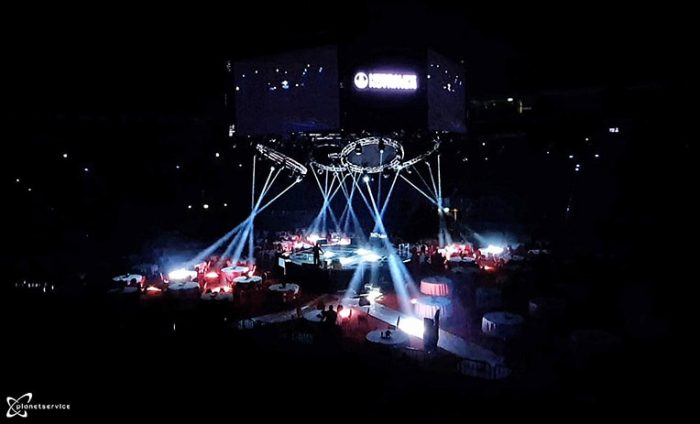 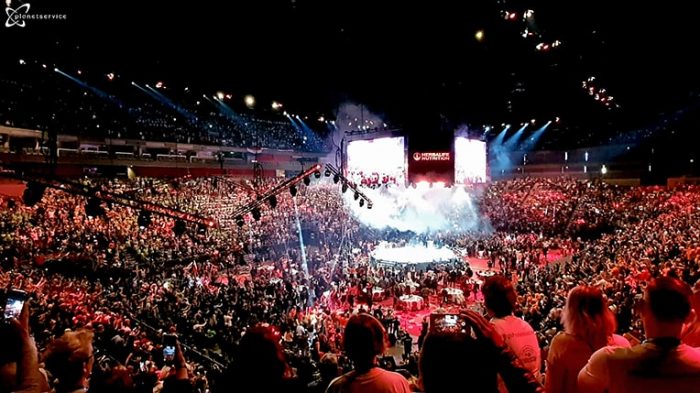