60 Alchemy and 20 Synergy 7 Profile moving heads lit up the Ducati stand during the international motorbike fair that was held from November the 10th to the 13th at the Milan-Rho exhibition grounds.

The Italian motorbike brand presented the 2023 novelties during the international show EICMA 2022. Ducati, a few days after the victory in Valencia and after getting the hat-trick in MotoGP with the riders, manufacturers, and teams title, brought to the event their Made in Italy expertise.

In Hall 15, the Stand N10 was entirely illuminated by LED moving heads from the Italian company DTS Illuminazione. The large area set-up was appointed to Service Pelliccioli, a company that has been dealing with entertainment for over 30 years providing its customers with audio, video, lighting, and structures of the highest quality, guaranteeing reliability and efficiency.

The exhibition area of Borgo Panigale’s company counted about 80 moving heads that provided perfect and functional lighting on the products presented, including the World Champion bike (Desmosedici GP).

Angelo Pelliccioli, founder and leader of Service Pelliccioli, has chosen for Ducati’s booth the lighting brand DTS of which he perfectly knows the projectors’ reliability and lighting performance.

The moving heads were used both as wash and key-lights: it was fundamental to give the right visibility to the shown bikes, highlighting the chromatic characteristic of Ducati products. The extent of the area also required the use of powerful lighting, clean and without flickering or unwanted aberrations in its emission.

Goal achieved: the attention on Ducati has been focused on their bikes without any flaws. 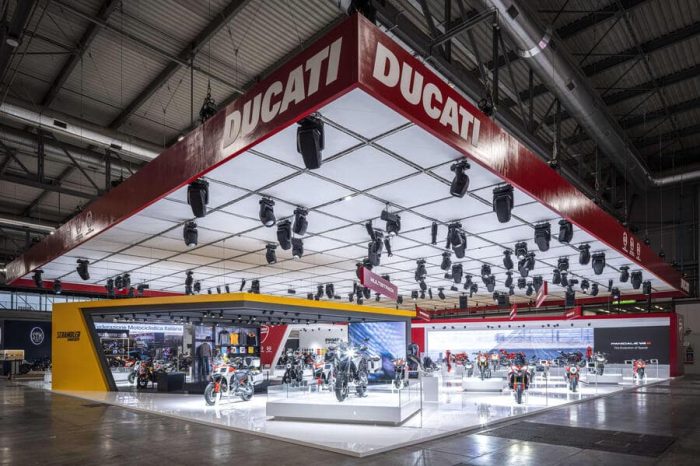 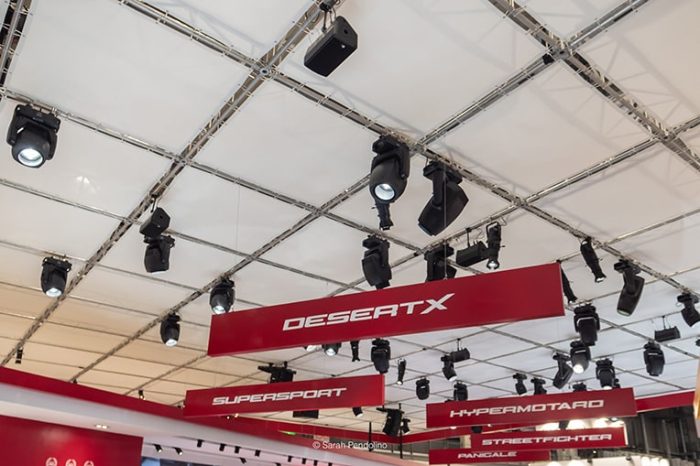 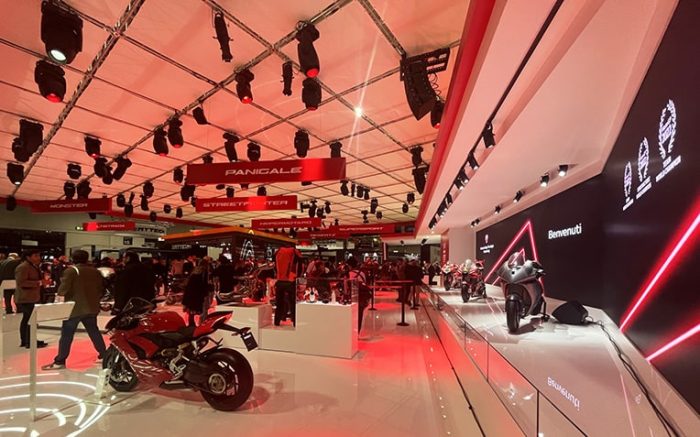