May 19th marks the World’s Inflammatory bowel disease day (IBD). To commemorate this occasion, the Chron and Cholitis Association of Lithuania (CCAL) envisioned an activist campaign that saw the involvement of DTS’s fixtures, to raise awareness for an illness that affects 3 million people in the US and Europe alone.

On may 19th, 2021 the Kauno Kristaus Prisikėlimo (Christ’s Resurrection Church) in Kaunas, Lithuania was completely covered in purple light. In fact, the color purple symbolizes the fight against inflammatory bowel disease, represented by a purple ribbon.

CCA Lithuania engaged lighting designer Arvydas Buinauskas to create a scenery that would engage with the public and shine a light on the illness. CEO and founder of AB light, Arvydas is well-known as a prominent Lithuanian lighting designer specializing in artistic productions. He decided to rely on DTS’s equipment to light up the interior and exterior of the church.

For this particular project, he decided to use 24 Brick and 4 NRG 1401  that would project a powerful, steady light onto the exterior of the church, over 70m high.

While the exterior required a steady effect that could only be achieved by the Brick and NRG lines, for the interior Arvydas decided to use a softer color option to project onto the ceiling and windows.

“As always we were more than happy to use the synergy line. We relied on SYNERGY 5 for this project. With this equipment, we can easily light up different architectural elements. And sometimes it feels like SYNERGY 5 can also be used as a video projector: That is how diverse this equipment really is” he says.

12 of DTS’s synergy 5 were used to create a magical atmosphere within the church.

The campaign was ultimately deemed incredibly impactful. As a company, we’re very grateful to have contributed in rasing awareness for a disease that affects millions. 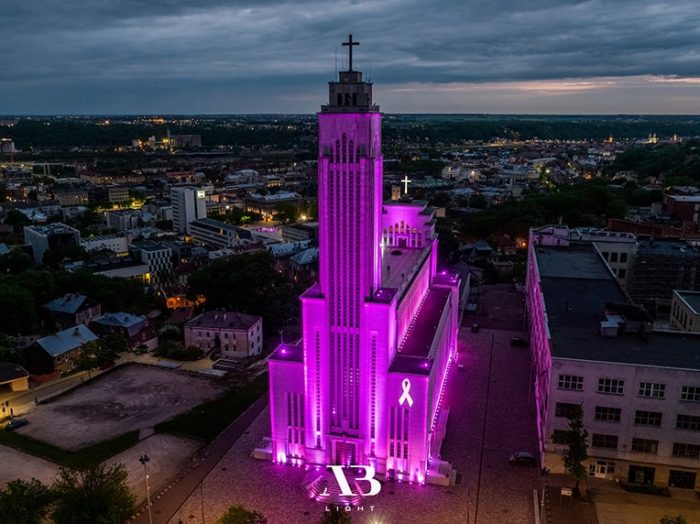 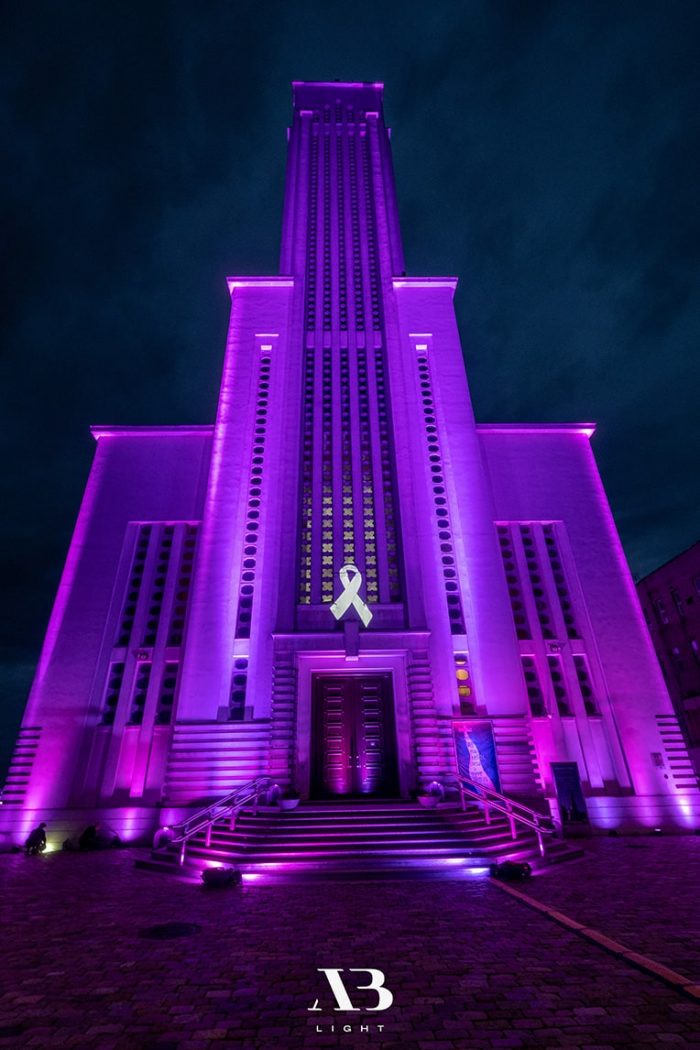 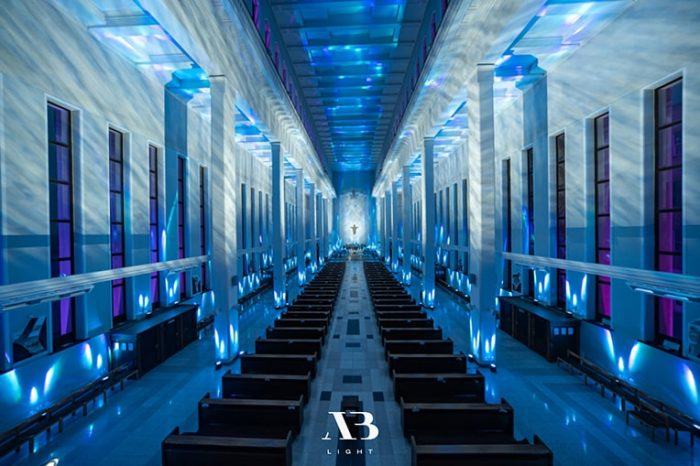