Carlsberg City, the small district in Copenhagen named after Carlsberg’s beer, which was brewed there until 2008, is a booming area undergoing an urbanistic development based on the plan of the Danish architectural firm Entasis. First stage includes the ‘Bohr’s Tower’ skyscraper, a 100 m high residential tower which is part of the new University College complex.

The Danish engineering and consulting company ‘ÅF Lighting’ was entrusted the lighting project for the so called ‘Golden Portals’ – set at the base of the ‘Bohr’s Tower’ – located at the south entrance of Carlsberg City.
The spaceframe constructions was designed in close collaboration with the architects Vilhelm Lauritzen Architects who also designed the building.
The facades of the portals are covered with golden anodized aluminum cladding consistent with the old Carlsberg brewery area’s existing golden architectural elements. The cladding is decorated with unique diamond shaped patterns which causes optical illusions.

“We wanted to enhance the spectacular architecture and create a lighting solution with the highest comfort possible. And as a tribute to the area’s historic reputation the dynamic shimmering light effect is composed to symbolise a cold sparkling Carlsberg beer”, explains ÅF Lighting’s Lighting Designer Frederik Waneck Borello.

364 units of FOS 33 WHITE 12 by DTS, equipped with warm white 2700K LEDs, were installed at the ‘Golden Portals’.
The FOS 33 WHITE 12 is a compact and robust LED bar, IP65-rated for the most demanding outdoor permanent installations.
The fixtures, provided by Danish lighting contractor Futuresales, were specially customized by DTS to perfectly match the project requirements:
94 units fitted with 42° lenses, vertical louver and light shield inclined at 70°;
182 units fitted with 58° lenses and vertical louver;
94 units featuring a 122° beam opening.
All FOS 33 WHITE 12 were fitted to a spaceframe suspended from the ceiling.

The whole lighting system is powered by 15 units of DRIVENET 832 by DTS. DRIVENET 832 is the most advanced power supply / controller for managing large networks of LED projectors. The unit provides centralized and remote supply / control of connected projectors, and also the monitoring of their status on the built-in touch screen. 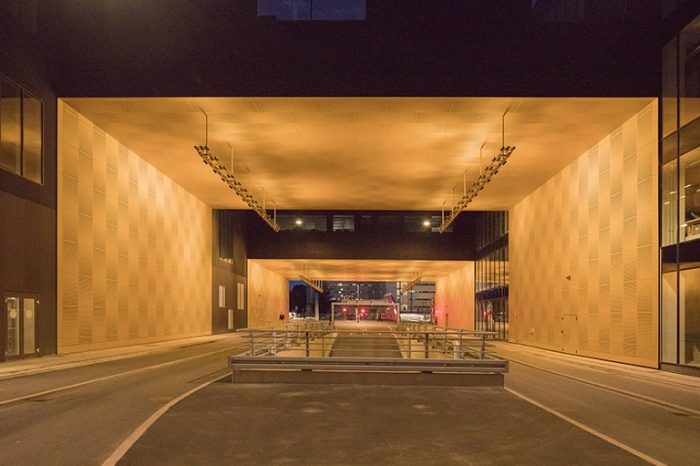 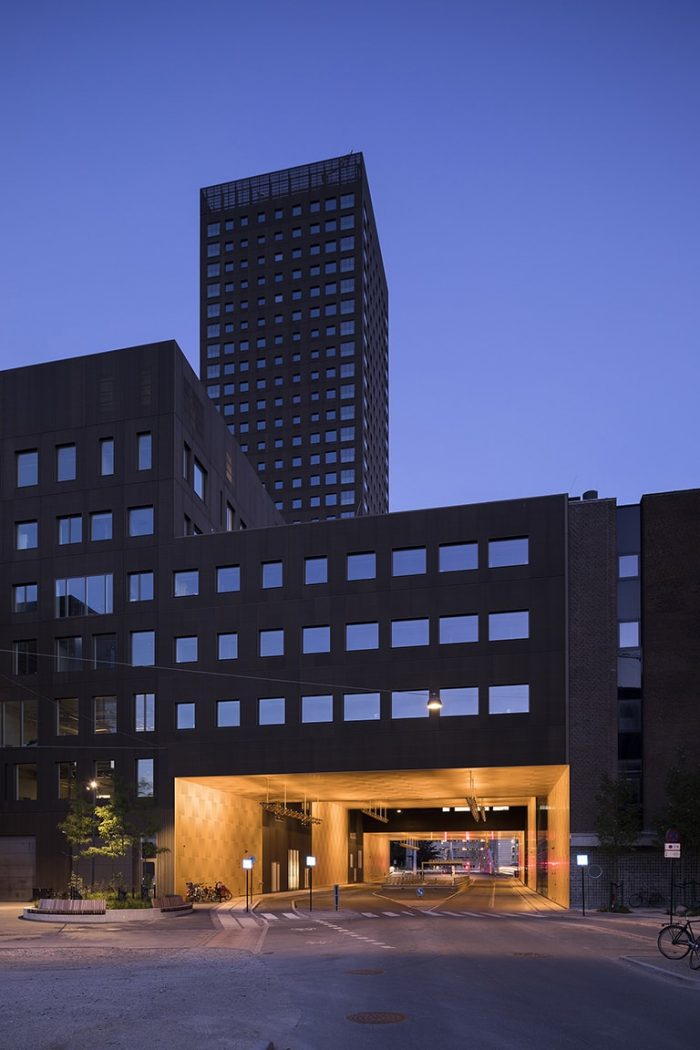 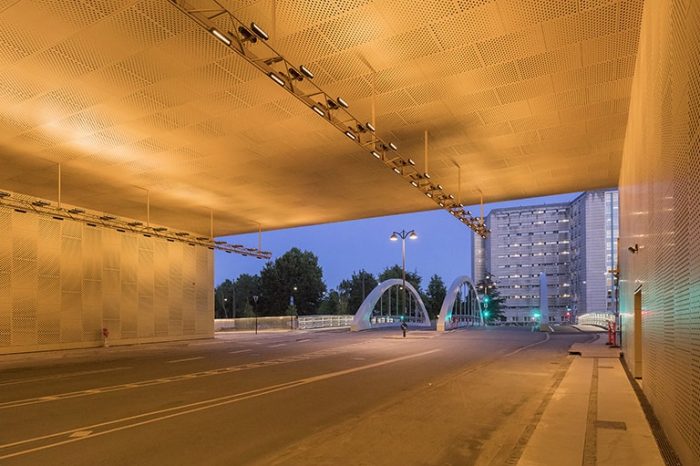 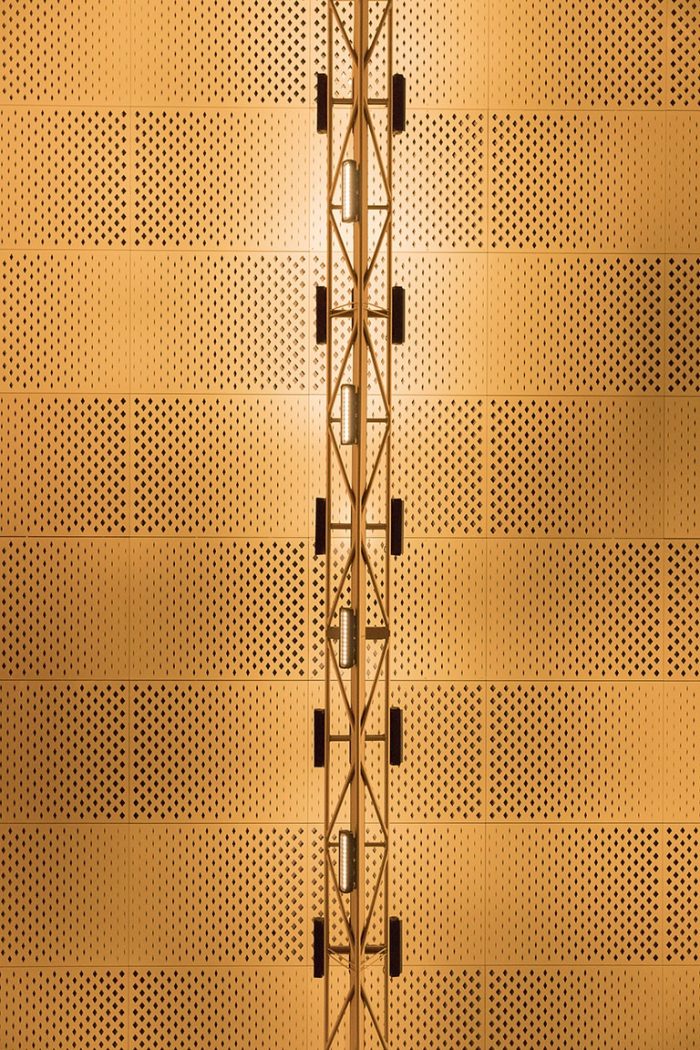 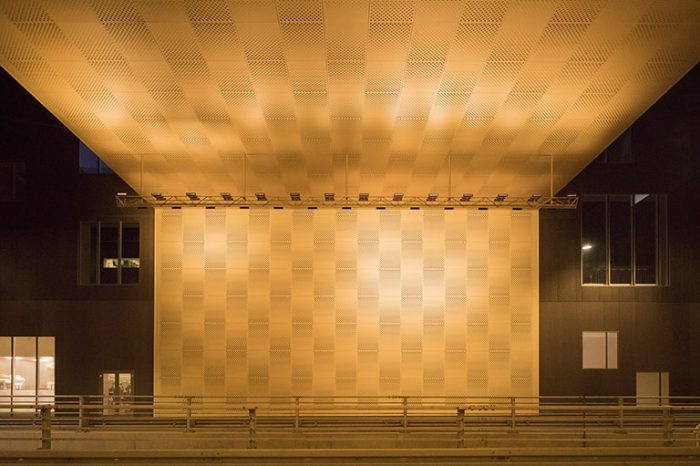 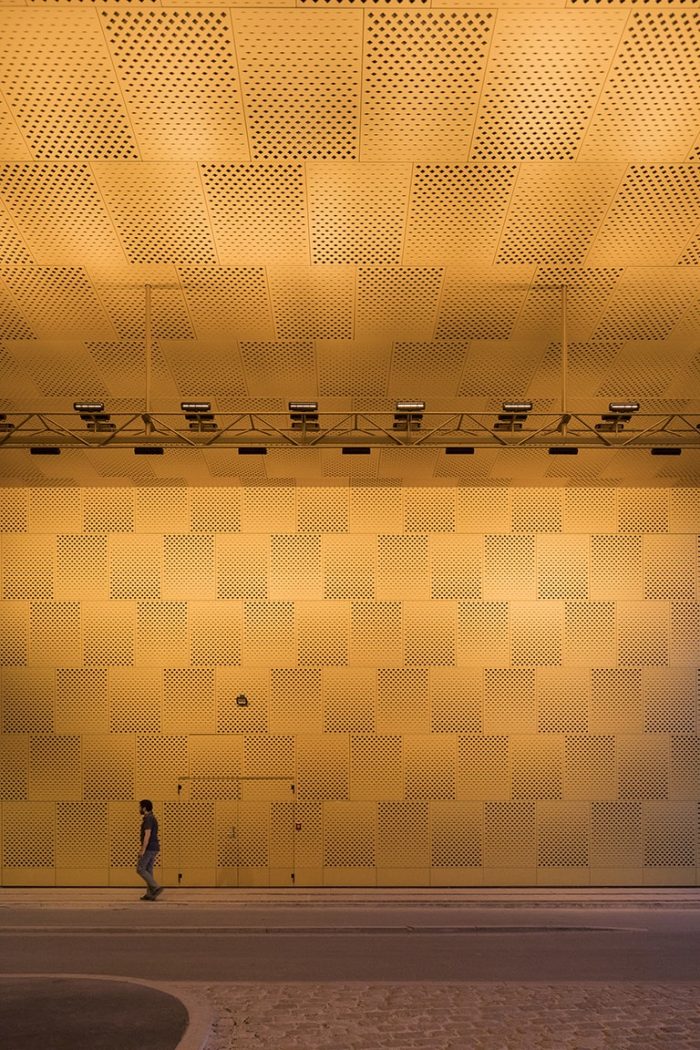