The 50-concert tour, in full swing across France, is a sort of time machine that benefits from a voice – that of the singer Jean-Baptiste Guegan – faithful to the original, and from a meticulous staging. The lighting design was created by the talented French LD Jocelyn Morel, who uses the new Fresnel LED wash ALCHEMY 5 in this one-of-a-kind project.

The interview to Jocelyn Morel

I watched some excerpts from the show at the Zenith de Lille: what a concert!
On stage the scene is very ‘60s. Not a simple 4-piece backing band, but a real orchestra with 3 guitarists, a horn section, and three wonderful female singers bandaged in miniskirts.
And the lights are fantastic: the placement, the movements, and above all the colors; one of the photos shows an acoustic moment of the concert, with Jean-Baptiste and 5 other guys sitting side by side; flooded from above and backlit with pastel colors; really emotional! Jocelyn, nostalgia for Johnny, as well as nostalgia for the old Fresnel projectors?

“Thank you. Yes Johnny Hallyday lives inside Jean-Baptiste, but Jean-Baptiste has no ambition to take his place.
He makes it his own way, with his own songs, and interprets Johnny for his pleasure and the pleasure of the fans, who rediscover with him the emotion of the live performance of Johnny, and now, his own too.

There are different phases of the concert. The gig of Lille was one of the first dates, and the light show has changed a little since.
The unplugged phase, on the stools, is the moment where the stage is almost lit ONLY by the ALCHEMY 5.
There is no nostalgia for the Fresnel beam, just the possibility of finding the beam quality we had with some Fresnel fixtures, in a modern and future-oriented luminaire.

In this way, the ALCHEMY 5 offers the possibility to overcome the disadvantages of many LED projectors, while retaining most of the advantages.
It can take the place that no longer exists and that the lighting designers had to fill by compromises, which they finally accepted.
I understood that with the ALCHEMY 5 as soon as I saw it in Frankfurt where I was like crazy when I discovered it.”

Did Jean-Baptiste make any suggestions, or you designed the light show completely on your own?

“I had total freedom, and the trust of both the artist and the production to realize the lighting of the show.
The constraints are those of the global budget, the trucks volume limits, and what the show and this music required in terms of ambiance and lighting, the look that we want to propose to go with it.”

Why did you choose to place the ALCHEMYs above and behind the artist?

“The ALCHEMY 5 has a very important role in the show, a real role of lighting, on which the exceptional properties of their colours, and their pure light output are very appreciated.
There are some on the ground, behind the artist, at the foot of the set, which are used to stand out Jean-Baptiste from the background, and to create the space around him. They are essential in the design to elaborate the different lighting effects around the artists.
The ones above the stage are sometimes used to create punctual lighting on different musicians or on Jean-Baptiste, or simply to take part in the light show as effect fixtures.”

Did you create your own custom palettes or you used the gel filter emulations?

“I used my custom palette. I don’t care about gel references; I am only concerned by what I see with my eyes, and / or thru the cameras.”

Did you use the CTC to balance the white of discharge lamps, or to emulate other sources, e.g. tungsten)?

“Yes sometimes I look for halogen whites and sometimes for cold whites. It depends on the songs, but the fact that we can go on source emulation at will is absolutely fantastic. Another proof that this projector is particularly meaningful.
This is one of the strong features of the ALCHEMY 5. Sometimes a filter offers this kind of effect but in a context that relegates it to the effect of an ineffective gadget. Here, it is effective in all cases and it is the essence of the projector.”

Which are the features of the ALCHEMY that helped you most in creating the lighting design of ‘La voie de Johnny’?

“None in particular. The projector and all its features have their place on this show and have been able to achieve really effective lighting.
I just have to be careful because they were surrounded by very powerful sources. But they have no problem to exist because their light is really an advantage and their colour abilities are incredible. Many of the team members, even those who are not from the lighting crew, have noticed and been amazed by the beauty of the tints that have been created with these fixtures.” 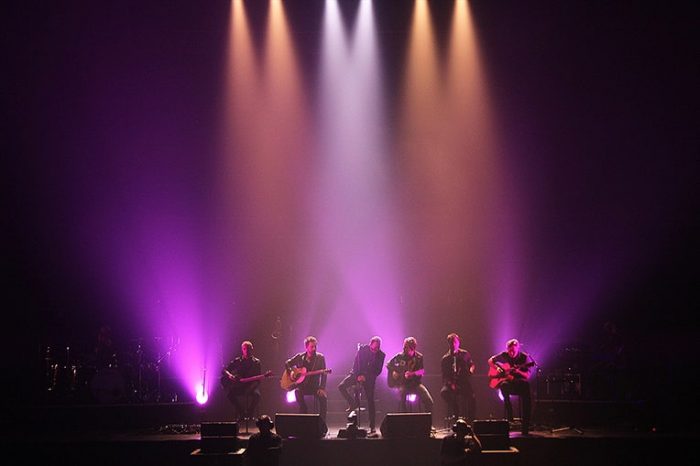 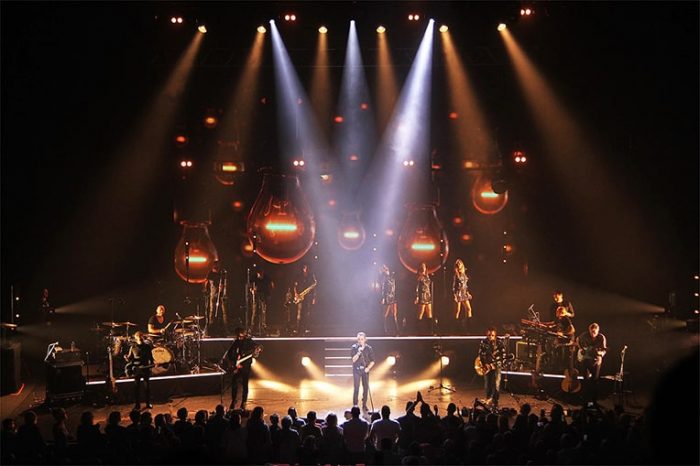 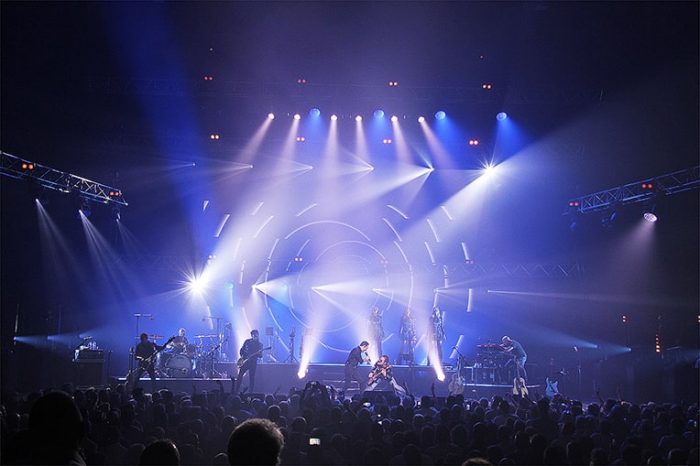 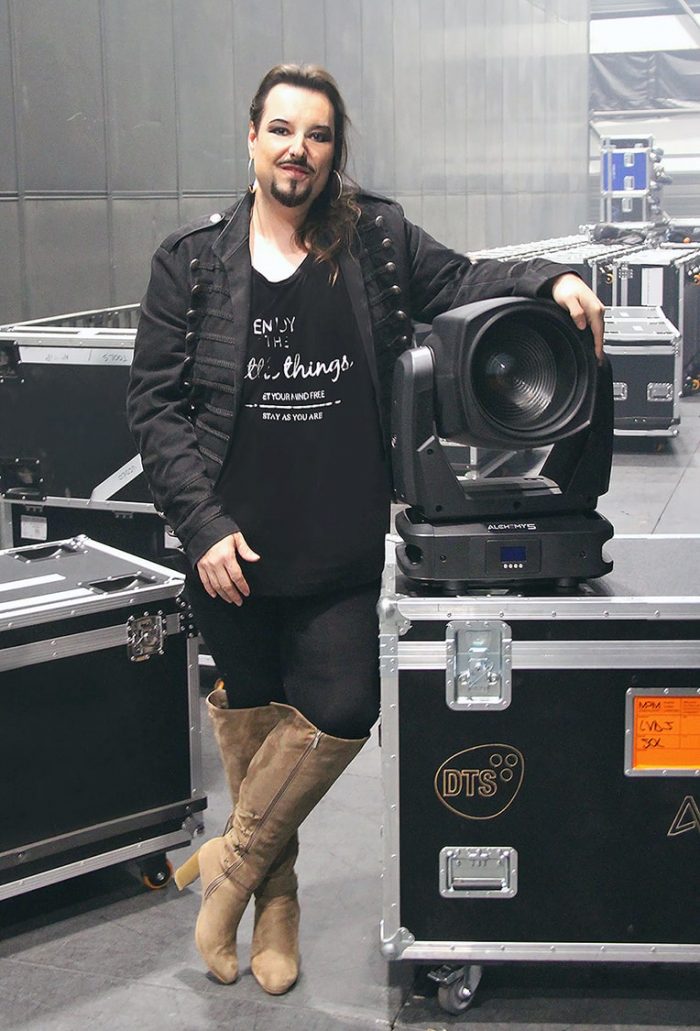 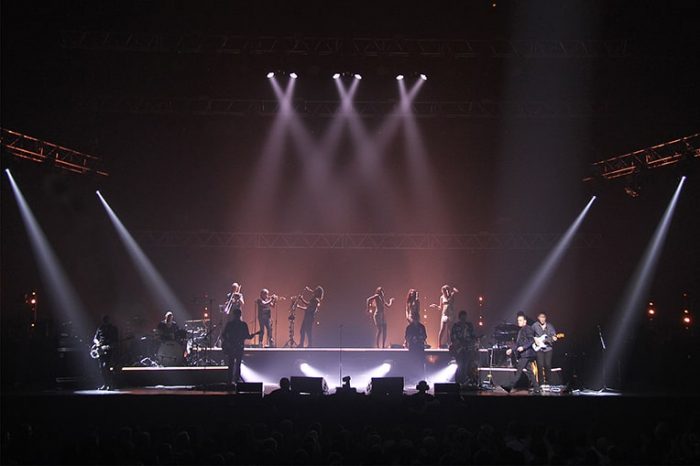 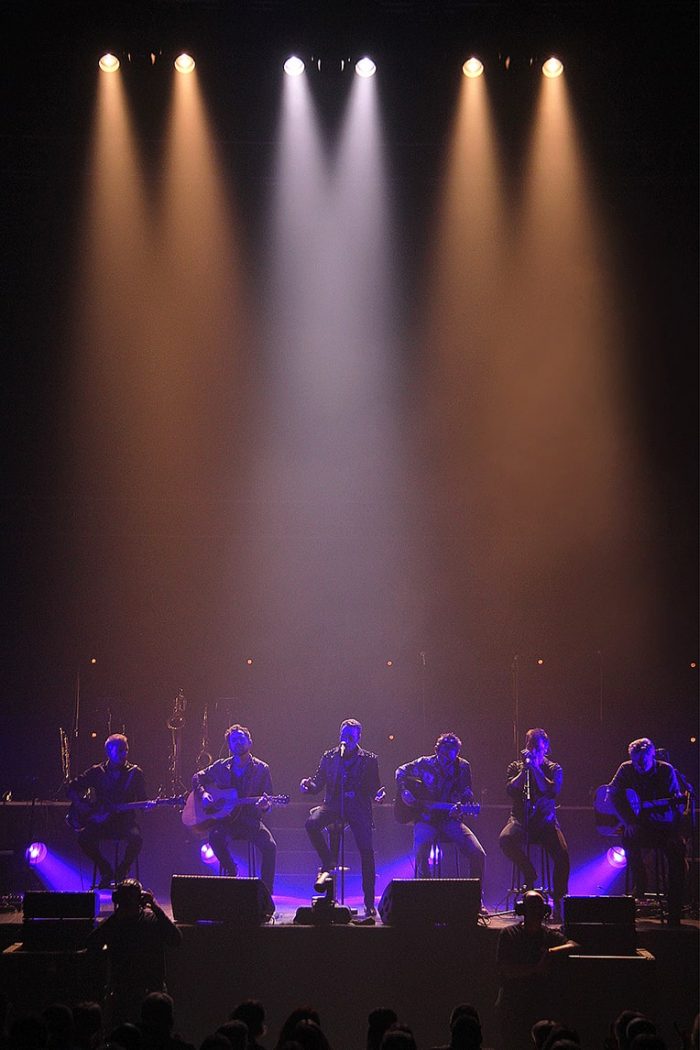