In January 2022 the first edition of the Malta Film Awards took place. On this occasion, local and international cinema excellences have taken part and been awarded. The whole video and lighting set up has been entrusted to AMG International, who chose DTS products to light up the stage.

With more than 100 years of cinematography history, Malta boasts a safe and prosperous industry. For that reason, the Malta Film Commission has launched the first ever edition of the Malta Film Awards, with the aim of celebrating professionals and projects that have raised the bar for Malta’s Audio-Visual sector. The contest counted 90 nominated titles, competing in 18 categories. At the end of a rich week of events, on January 29th, the final ceremony with the theme “Celebrating Our Story” has taken place and winners have been revealed. To celebrate the industry talents, the commission selected the excellences for anything that needed to guarantee the best result of the event.

“Our vision is about people who want to work in the film industry. Our action plan is about creating those opportunities.
It’s about securing people’s jobs, creating careers. Building a better and sustainable film industry.”
Said Johann Grech, Film Commissioner.

The selected location was a historic and evocative venue, built in the XVI century as a hospital and now requalify as a multifunctional space for celebrations and events: the Mediterranean Conference Centre in Valletta. To host the final evening, it was appointed the British comedian, actor and presenter David Walliams.

So, also for the set-up it was decided to involve excellences: AMG International, one of the most established Italian companies for audiovisual and stage production, has been called to take care of video and lighting equipment. AMG has been successfully installing DTS lighting products in the most renowned Italian television shows and beyond for years. They brought to Malta more than 500 fixtures branded by the Italian manufacturing company.
Founded in 1980, DTS is an industry leader in professional lighting design. Started as a family business, DTS manages directly all production phases that are completely based in Italy.

To set up such a large venue as the Mediterranean Conference Centre, it was necessary to install large quantities of equipment: to create fascinating and immersive effects that embraced the whole space, over 700 lighting fixtures were used.

The DTS range that lit up this project includes: the multi-LED wash Nick Nrg 1201; the Raptor, a high power beam moving head; the Brick, a robust and powerful wash projector and 285 x Evo, the hybrid beam and spot moving head that offers maximum versatility of use.

The great variety of DTS moving heads and fixtures used by AMG International helped creating a rich lighting design, special lighting effects and an even more evocative and engaging environment. 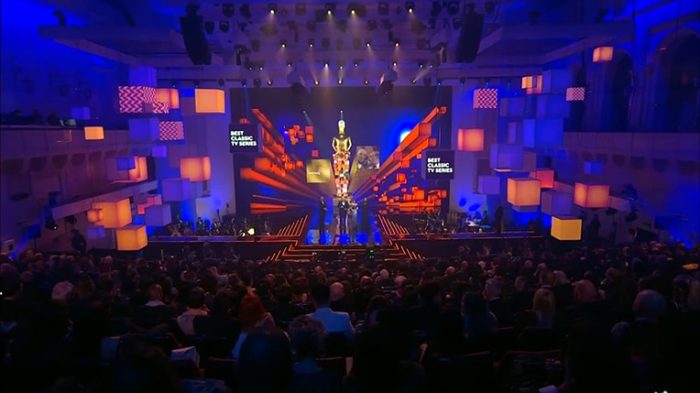 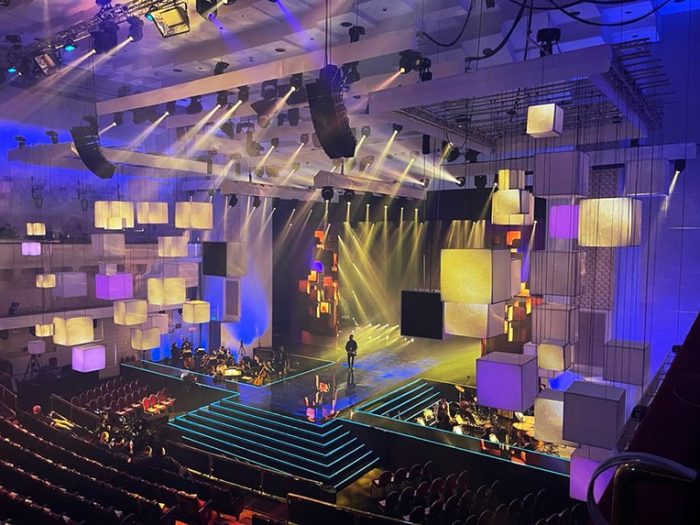