Sonic Park meets the charm of Matera, city of the “Sassi” (UNESCO World Heritage Site) hosting from June to August, 2022 the Sonic Park Festival: a series of concerts performing at “Cava del Sole” with great names from the Italian music scene.

Following the designation of Matera as European Capital of Culture 2019, the city started renewing itself. First of all is the upgrade of the “Cava del Sole”, transformed into a multifunctional space for various artistic activities.

The quarry is the most evident place of heritage of the city: stones dedicated to build the urban area were extracted already since 1600 AD. Hand excavated, tuff block by tuff block, the pit has enormous spatial and emotional power, a sort of open-air cathedral unique in the world. Nowadays this space, rich in history, is available for cultural projects aimed to involve both visitors and locals. The quarry has been divided into three distinct areas: the Village, the Arena, and a small greenhouse. Thanks to a rich calendar of concerts, the Arena is the most used area during the summer.

The Sonic Park Festival’s concept is based on the desire to celebrate the union between music and culture. In 2022 the festival has arrived for the first time in Matera with the aim to encourage the local redevelopment. On the occasion of the press conference Fabio Boasi, founder and organizer of the format along with his brother Alessio, declared that it was precisely the location’s historical and cultural relevance that attracted the organization to import the format into town.

Dee jay Service, a rental company founded in 1986 by passionates of live entertainament events, has been appointed to supply lighting equipment.

Gaetano Bonofiglio, lighting designer, describes us how the lighting plot was born:

“A lighting project always starts in a design phase. During this phase, different needs of use are taken into consideration together with technical necessities in order to have a first a plot.

For the Sonic Park Festival several categories of lighting fixtures have been included. Specifically, LED washes, spots and beams have been installed as scenic lighting. Numerous LED-based projectors have been used for service lighting (the sides and rear sections of the stage). Finally, 2 and 4-cell blinders were requested lighting the audience.

Given the numerous technical needs, the concept was based on functionality. We wanted projectors with low weight and excellent lighting performance. It was also necessary to have products that were renown and easy to use by all lighting technicians.
Many of the light fixtures we chose are DTS. In detail, the plot included:

– 16 LED-wash Alchemy 5 (in 28-channel mode) for its 6-color light source that allows to create complex shades with excellent results. Alchemys are appreciated also for the light output, even from an 11 meters height. Additionally, what brought us close to these luminaires is the Fresnel lens, which fully reproduces the effect of a classic discharge wash lamp making it unique even for television use.

– For the backlight and the floor, we chose the Nick NRG 1201. 18 units have been installed on the roof on two backlight trusses and 8 more were put on the floor. Versatile and lightweight, I find Nicks to be excellent washes with RGBW sources. We used them as key as well as effect lights, thanks to their minimum beam aperture of 8°.

– For the beam category we installed 18 Raptor. There is nothing to say about this beam: according to professionals it still is one of the light-weight projectors with matchless light output and lighting quality.

– As for the spot category, the choice went to the Max: a compact moving head that integrates all features of bigger and heavier luminaires and which in addition to the CMY system, also includes a gobo and animation wheels.

– For the lighting the quarry, Brick was chosen both for its water resistance and for the constant light output on a wide wall such as the quarry’s.

“The project was based first of all on the desire to create a lighting plot that could satisfy all the requests of the different productions. Furthermore, even using different consoles such as MA, Avolites, Hog and Chamsys, by choosing DTS we were sure that no operator would have problems finding the models of the machines in their libraries.
I know DTS since many years and I have often work using Italian brand products without ever having problems.
Once again, it was a reliable partner with guaranteed results. 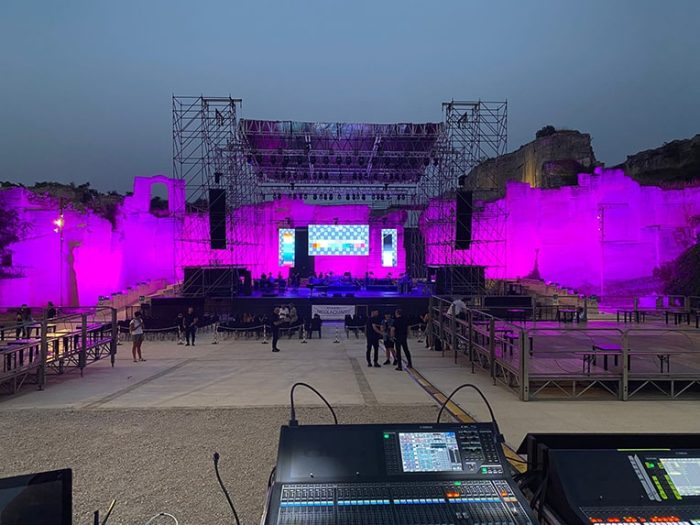 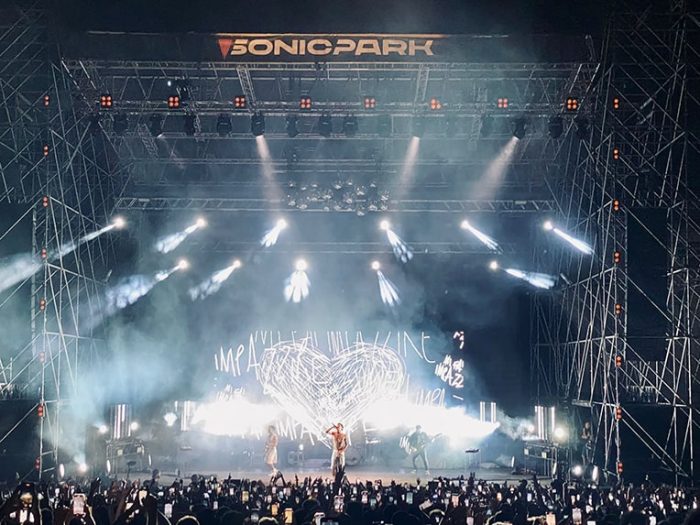 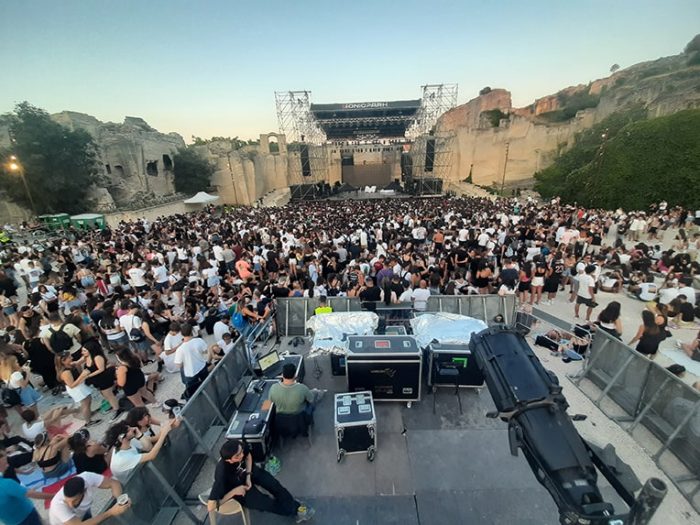 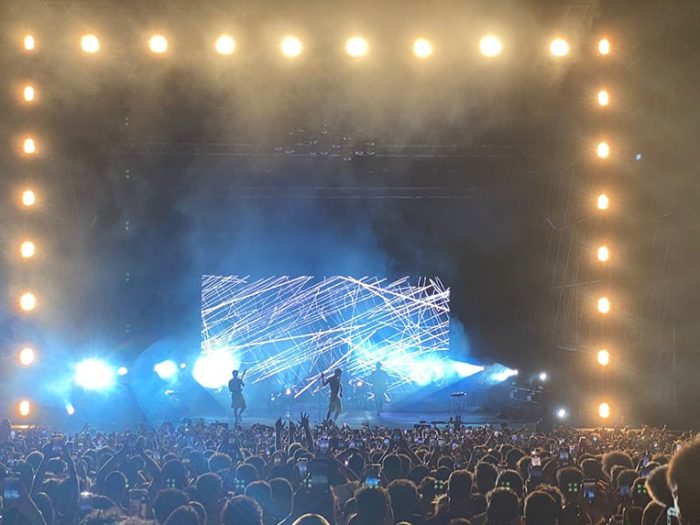 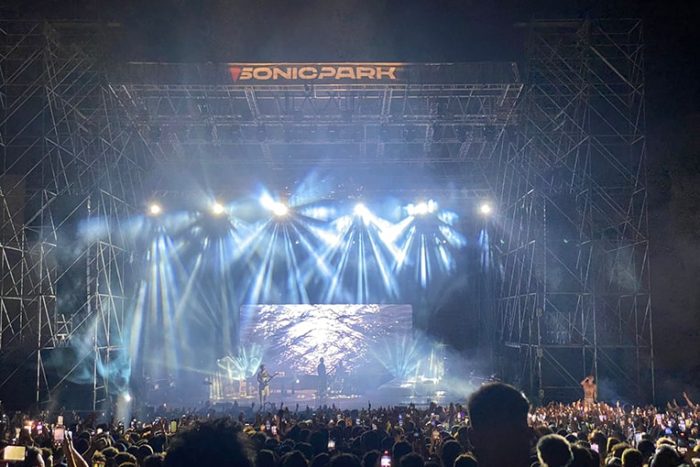 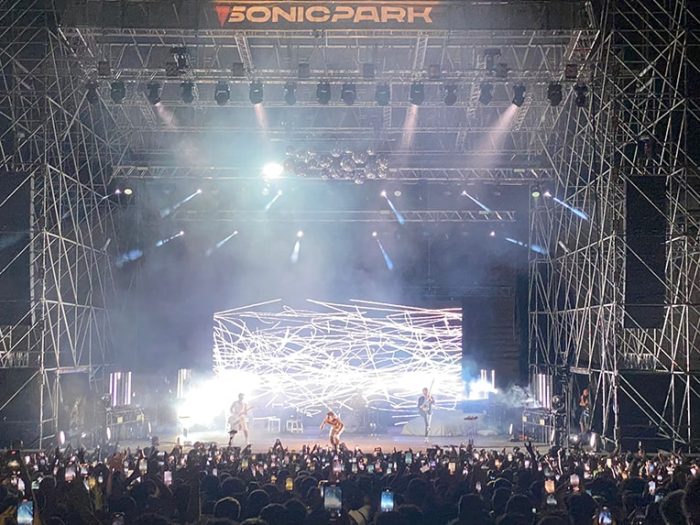