X Factor  surpasses itself every season.
The final episode of the TV show was perhaps the most spectacular ever, and not only for the value of the artists competing. A stage with a very accentuated three-dimensionality, with some iconic elements, such as the stylized ‘X’ shaped catwalk, and the huge ‘wings’ open and reaching out to the public, made of LED modules.

A definitely impressive scene, highlighted by a massive lighting setup: 654 DTS projectors installed, including the new SYNERGY 5 PROFILE moving heads. A system worthy of a large live concert, complemented by a lighting design with a beautiful television rendering, created by Ivan Pierri, LD and DoP of the show.

What concept did you develop for the lighting setup of the X Factor final (from an aesthetic and functional point of view)?

“The idea from which the whole project and therefore the lighting design sprang was to highlight the three-dimensionality of the scenic volumes to its max.
My project of the lighting set up was born from sharing my views with Gigi Maresca (the set designer of X Factor) and with the Art Director Simone Ferrari, as well as with the Fremantle production that made me available a wonderful creative machine.
The shapes of the LED walls led to follow their profiles; the ‘wings’ were born this way, and in terms of geometric perspectives and aesthetics they have given us back a lot.”

How were the DTS projectors arranged?

“I used the SYNERGY 5 PROFILE for stage backlighting and framed specials to emphasize the details in the deepest part of the stage. The RAPTORs were basically the tracers that started from the ‘wings’ protruding towards the public; they were also aligned along the entire perimeter of the catwalk.
I used the NICK NRG 1201 to color the audience and the EVOs were placed high above the stage to frame the LED monolith hung centrally. The BRICKs were alternated with the RAPTOR units along the side wings.

The DTS projectors fully met my needs; like the SINERGY 5 PROFILE, which I wanted to know better, and the RAPTOR, for which I have a secret passion for some years, for its performance and for its unique prism.”

We thank Ivan Pierri for the interview that he kindly gave us.

The installation of the audio, video and lighting systems of X Factor 2018 was entrusted to AMG International, one of the most important Italian rental companies, specialized in the design and implementation of a range of solutions for the entertainment sector internationally. 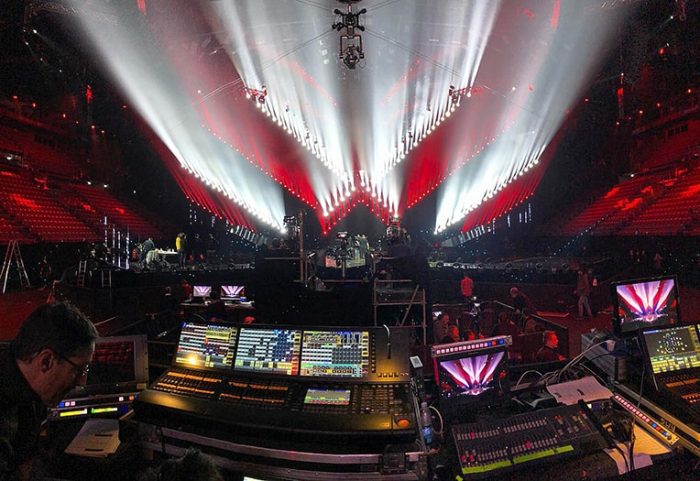 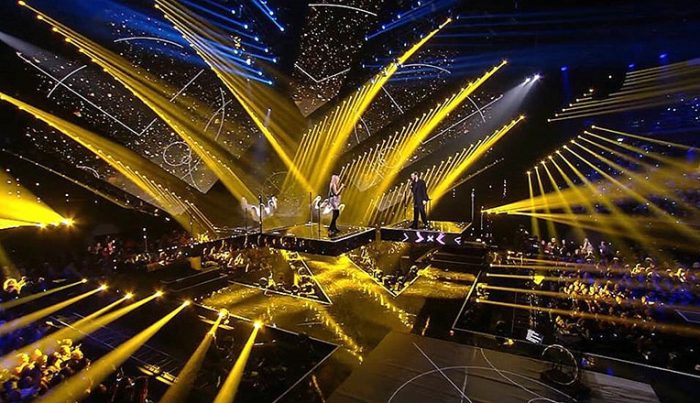 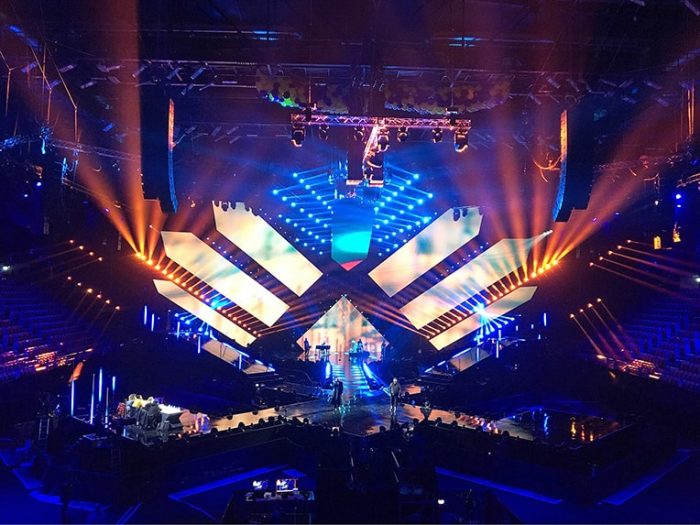