DTS at the Italian X Factor

DTS at the Italian X Factor

X Factor is a television music competition that originally aired in the United Kingdom but quickly developed into an international franchise. In Italy, the contest has had an active format since 2008 and has been aired on Sky Uno since 2011. After fifteen years running, the show is still one of the most followed and loved in the country.

Ever since its first edition, X Factor Italy has birthed many names in the national music scene, like the singers Noemi, Marco Mengoni, and the Rock Band Måneskin, winner at the Eurovision Song Contest  2021. Quickly after the contest, Måneskin became an international sensation, registering 30 million monthly listeners on Spotify.

2021 saw the show reaching its biggest audience so far, totaling one million and two hundred thousand viewers on its first night on the air, and an overall 5,6% share. The jury is composed of Italian pop singer Emma Marrone, producer and frontman of the alternative rock band Afterhours Manuel Angelli, the rapper and producer Hell Raton, and the British superstar Mika.

The Italian company Amg International took care of the whole audio, lighting, and video service for the contest. X Factor is well-known for being one of the first competitions to implement state-of-the-art exhibitions during its live shows, recreating a unique experience for every contestant on stage.  Amg international is one of the biggest service agencies in Italy and has taken care of the show’s equipment for several years. On this occasion, Amg relied on some DTS fixtures, a company that it has partnered up with for a long time.

The contest’s preliminary stages, Audition and Bootcamp were aired from Teatro 5 in Cinecittà, Rome. The theater, whose overall area amounts to 1600sqm required a massive lighting plot to be installed. Amg International chose 260 of DTS’s moving heads Raptors, a compact and powerful beam projector that thanks to its 8-facet prism, the fpr system, and 17 gobos makes it possible to create high-impact effects. Moreover, 60 Nick NRG 1201 were used in the plot. Nick NRG 1201 is a multi-led wash moving head that guarantees great color mixing and an even light projection.

The contest’s final rounds, the Live Shows were aired from Repower Theater in Milan. Again, Amg International chose DTS to be part of the lighting plot.  The service relied once more on the 260 Raptors and 50 Evos, a powerful and versatile hybrid moving head that offers the option to be used as a beam projector as well as a spot one. Its Dynamic prism, fpr system, cmy and linear cto, as well as the gobo wheels, allow great programming versatility and the creation of mesmerizing lighting effects.

It wasn’t the first time where DTS had partook in the talent show’s lighting plot: its products had also been selected by AMG international for the Live Shows in 2018. 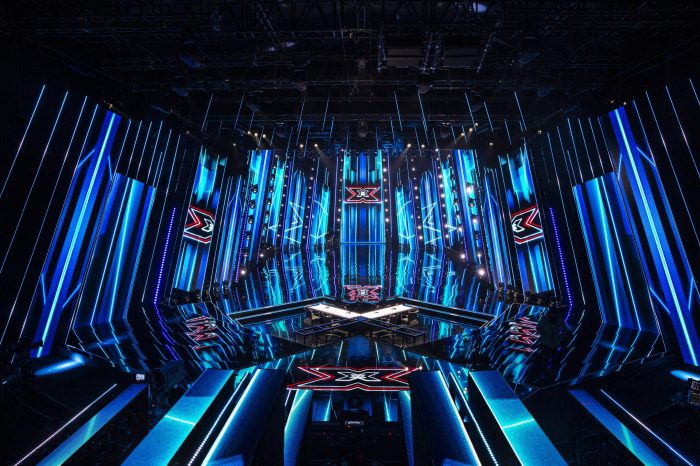 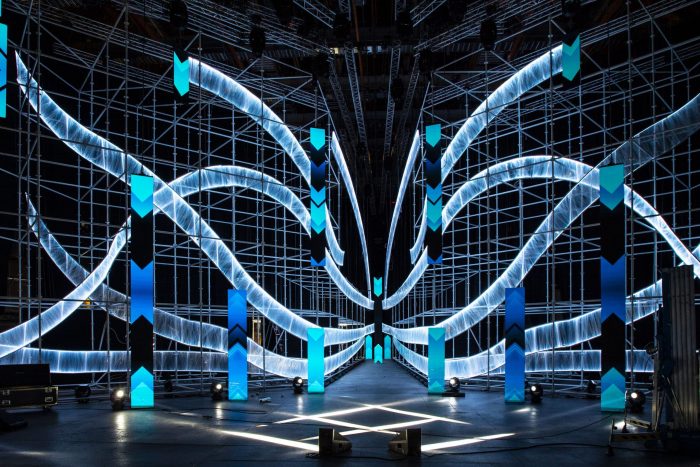 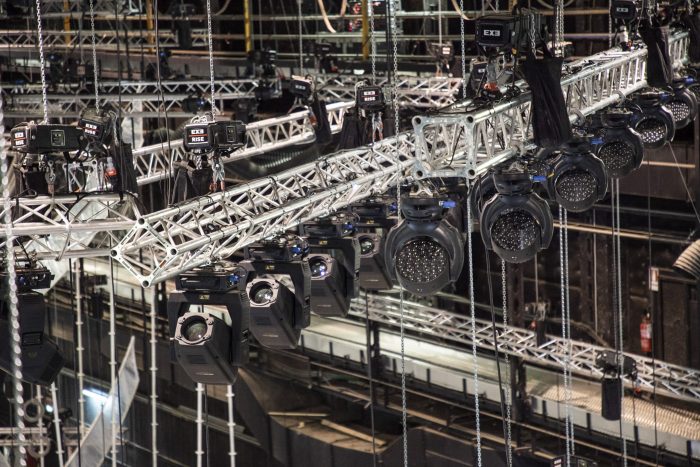 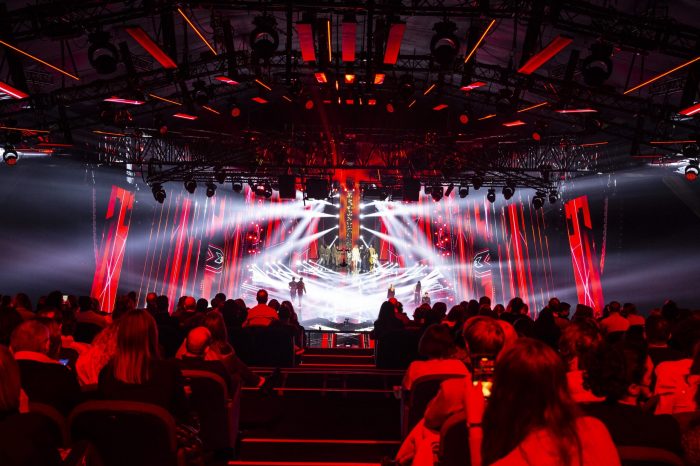